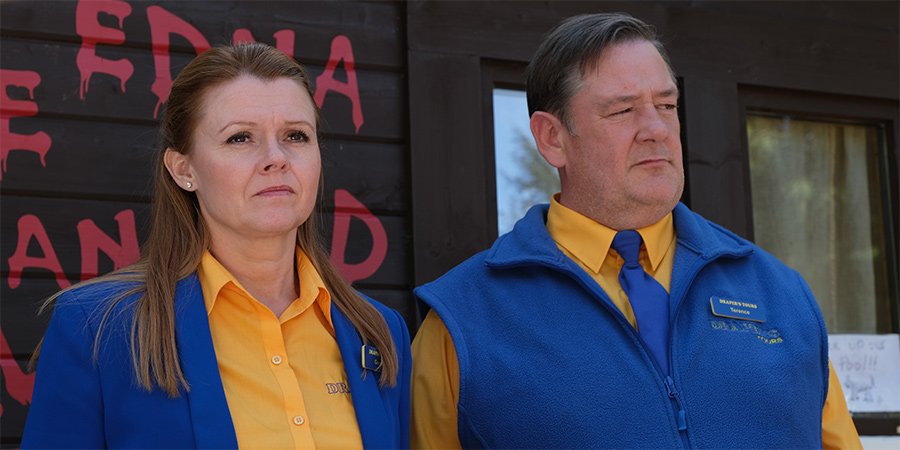 After their trip to Middlesbrough turned a little more explosive than they thought, Gemma and Terry finally decide to pack up the smouldering remains of their coach tour business and set out on a new adventure as fully-fledged private detectives. Given all their experience with solving cases (sort of), that mysteriously fall into their laps the duo are confident that it won't be long before they get the chance to put their skills to the test. Sadly, the cases don't come rolling in and the duo find themselves moving in with Gemma's sister Monica and praying business picks up soon.

Sure enough the first case that hops into their laps comes via a local car boot sale, where a mysterious red eyed rabbit figurine causes a bidding war and attracts the attention of the dreaded, but appropriately named, Bunnyman.

Episode 2 sees Gemma and Terry heroically graduate from bunnies to bakers, when they are tasked with getting to the bottom of poisoned pastry scandal as two rival baking families turn up the heat on a long-standing feud.

The final instalment of the trilogy sees the intrepid duo lured back into their old world of coach tours as they help the local police in a county-wide hunt for a bus-based serial killer.