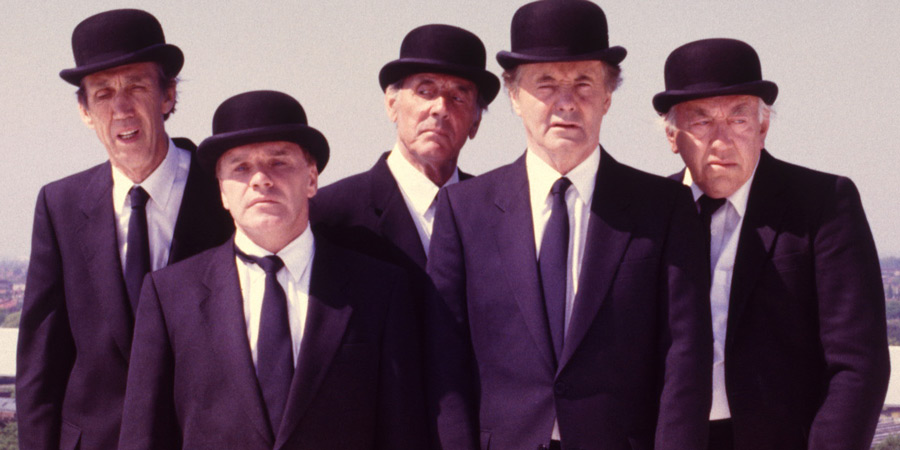 In this dialogue-free comedy written and directed by Eric Sykes, a group of clever but unlucky undertakers are tasked with moving Mr H's coffin from the family home at the top of a tall tower block, to church for his funeral.

Finding the building's lifts apparently out of order, the team have little option but to try to take the coffin down the stars, only they're narrow, short, and with little landing space to turn around on, they're forced to ask neighbours to open their doors and assist.

Even once the coffin is out of the building, however, it's far easier said than done to get it to the church!