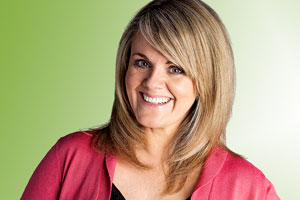 Married to Dan, Lisa loves life and works in recruitment. Initially a mere consultant, she and old boss Fergus are now joint Managing Directors of their own company, Fersa, following their original employer's collapse.

She loves white wine, her mum's hotpot, and listening to Plan B in the bath. She can't decide what her favourite film is because she likes Willy Wonka & The Chocolate Factory and Leo DiCaprio's Romeo & Juliet in equal measures.

Both Lisa and Dan have wavered in the past, but are deeply in love and committed to each other - and delighted to be parents for the first time. 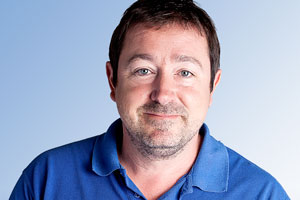 Married to Lisa, Dan works for himself as a plumber and does quite nicely out of it. He loves beer, fish pie and singing along to Kasabian. He always gets up to have a dance to Fatboy Slim. He likes football (kicking around and watching), and his favourite film is anything with Jim Carrey in it, especially The Cable Guy.

Fun-loving and long desiring of a baby, Dan is delighted that he and Lisa have finally become parents for the first time.

He also gets on particularly well with Lisa's father, Barry, with whom he regularly sings, dances, and enjoys catchphrases and jokes.

AKA: Baz.  Played by: Bobby Ball 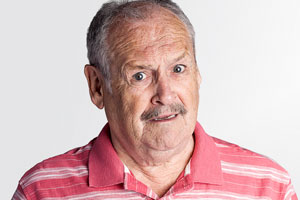 Widower of Sue, Barry is a fun-loving fan of music and the simple pleasures in life. Having taken over day-to-day childcare whilst both Lisa and Dan work, he describes himself as having "been put on this Earth to look after young ones".

Barry's favourite song of all time is Crocodile Rock by Elton John. He loves egg, chips and beans with a couple of slices of white bread, and his favourite film is Blazing Saddles.

This ageing rocker was almost certainly a cowboy in a past life; he knows how to line dance, but only does it at Christmas. 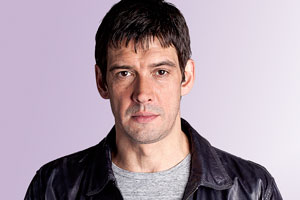 Former husband of Shelley, Greg is Dan's best friend and confidant, and now lives next door, where he's very much in love with neighbour Tanya.

A builder, Greg is particularly prone to the vices in life. He's had particular problems in the past with gambling debts, something which contributed in no small part to his divorce, and recently completed a spell in prison after being caught dealing drugs.

Greg is, however, a thoroughly good egg: he'd only had the drugs in the first place after Lisa had been tricked into attempting to smuggle them across Europe. 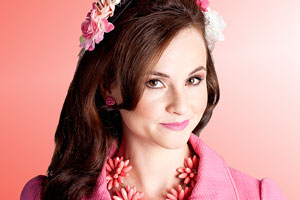 Denise loves a bottle of WKD if she's out, but she's usually drunk before the end of the first glug. A former colleague of Lisa's at the recruitment firm, she was the sweet and naïve member of staff who would probably have long been sacked if she weren't sleeping with boss Fergus.

She loves Lady Gaga, Katy Perry and Rihanna, but doesn't have a favourite song because she can't decide. Her favourite tea is fish and chips, every Friday at her mum and dad's house, and her favourite film is Jurassic Park.

Following his wife's discovery of their affair and child, Denise and Fergus tried to make it work as a proper couple. She eventually called off the relationship, leaving him broken-hearted, but is now working for him - and Lisa - as a recruitment advisor at Fersa. 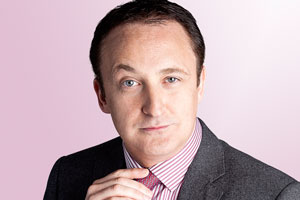 Initially Lisa, Shelley and Denise's branch manager, his lecherous side comes out and he soon begins an affair with the latter - but it seems to quickly become the real thing, even if he does take her for granted at times. Although she eventually ends their relationship, he still cares for her deeply, and the pair have a young son, Josh.

Although unintentional, if there's a way to seem patronising or condescending in any given situation, he'll walk right into it!

Following the office's closure, he and Lisa establish their own recruitment consultancy, Fersa. 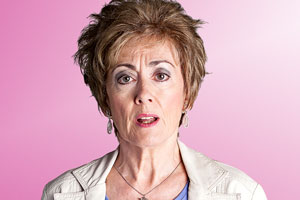 Dan's mother, Pauline, is the long-suffering wife of Charlie. Her brash nature leads her to have an occasionally fractious relationship with the rest of the family, but there's no doubt that she loves them - and vice versa. 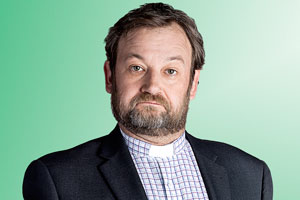 Roger was the local parish vicar, and a regular at the Dog & Duck. In fact, he was always more likely to be found propping up the bar than in the pulpit. Finding the twee goings-on of church life more than a little tedious, he developed a little too much of a fondness for whiskey, and suffered a major health scare.

Simultaneously stereotypically tolerant and not one to suffer fools gladly, despite being easily annoyed Roger seems to have the patience of a saint and quickly became a firm friend of the regulars and locals, not least Bianca.

He has now left the church but seems to be at more than a little bit of a loose end.

AKA: Tanya Dawson.  Played by: Samantha Janus (as Samantha Womack) 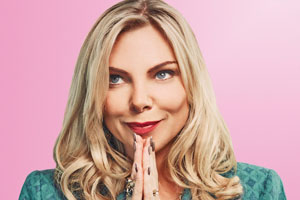 Cheeky and flirtatious, Tanya can often appear to be somewhat of a ditzy blonde. It's true that she's overly-enamoured with luxury shopping and at times seems to run from responsibility, but your average pampered housewife she certainly is not.

When pushed, however, Tanya proves herself to be a fiery, fiercely independent woman, who shares with her husband a dark, secretive past. 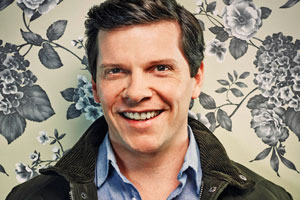 Tanya's husband, Bradley has a cheeky smile and a glint in his eye. But it's clear from the off that not everything with the Dawson family is quite as it seems, and that Bradley is nervously hiding from something dark and dangerous in his past. 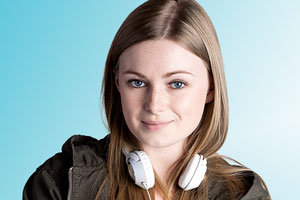 Ella is the daughter of Tanya and Bradley.

Beautiful and girly, yet with a sport-loving tomboy-ish streak, she's incredibly intelligent and soon became the object of Gary's affections. Unfortunately for him, the feelings were not reciprocated.

Following Gary and Bianca's departure from Mount Pleasant she's now in a relationship with new neighbour Finn, and about to embark on a year's studying in Edinburgh. 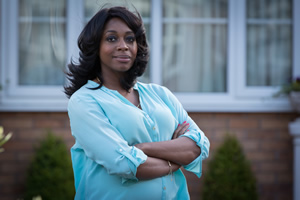 Fiery and stubborn like Lisa, the two women get off to a bad start. Surely they can make friends? 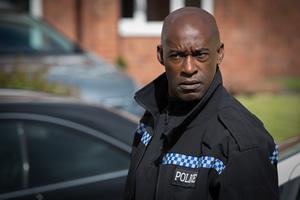 Police officer Cameron is Jenna's other half. Very much in love with his wife, he quickly strikes up a good friendship with Dan - perhaps in no small part due to their respective partners' fiery natures! 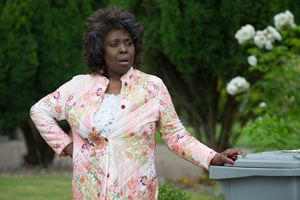 Cameron's mother, Nana, lives with the family and, like Barry, is used as an unpaid childminder for two year old Tulisa - although she's far less enthusiastic about the role than he is!

Nana's always complaining and never seems to be happy: unless Barry's around, of course... 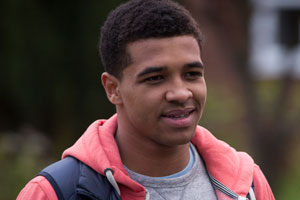 Twenty-year old mechanic Finn is the eldest child of Cameron and Jenna, with two year old sister Tulisa next in line.

A little bit of a trouble-maker, he's attempting to change his ways, not least for Bradley and Tanya's daughter, Ella. 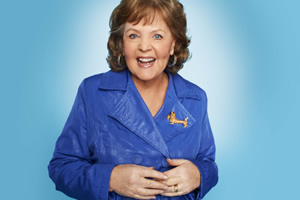 Married to Barry, Sue was Lisa's mum. A particular fan of Neil Diamon, her favourite song was Love On The Rocks and her favourite film The Jazz Singer.

Sadly, following a move to Spain to live in warmth and relative luxury with her sister - a move that left Barry feeling very homesick and in need of regular visits back to Manchester - Sue died suddenly, something the family are still trying to come to terms with.

Her favourite food was a ham and pineapple pizza followed by cheesecake. In a past life she was almost certainly a magician's assistant - underneath the cool and controlled exterior she's a bit of a minx. 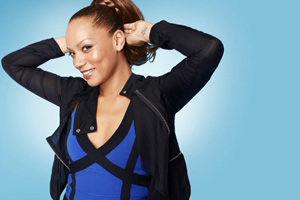 Best friend and immediate manager of Lisa at her old recruitment company, Shelley was married to Greg until his gambling debts drove a wedge between them. She loves anything Mexican - fajitas and tequila in particular. Her idol is Madonna and has been since she was fifteen.

Following her divorce from Greg, Shelley has left the area. 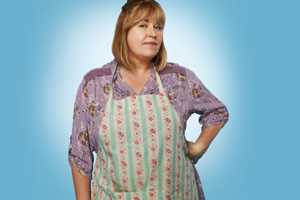 Kate's husband died recently and she has used the insurance money to set up her cafe. She loves spinach and ricotta ravioli with a cold Chardonnay while listening to Andrea Bocelli. Her favourite film is Gentlemen Prefer Blondes, but on a Sunday she's partial to a bit of West Side Story while eating a big bag of toffee popcorn when the cafe is shut. 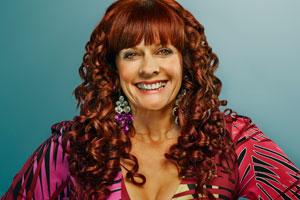 Local hottie and a neighbour of Lisa and Dan, Bianca is the widow of Jim.

Bianca enjoys many of life's simple pleasures, and is one of the most naturally caring and compassionate people Lisa and Dan know. She also has a strong style, glamour and sense of luxury of her own, something which - although she doesn't realise it - can be prone to driving men wild with some of the clothes she wears!

Her favourite song is Layla by Eric Clapton. She doesn't like films - she gets bored after half an hour and gives up.

Series 5 sees Bianca having moved away from Mount Pleasant and a new family settling into her former home. 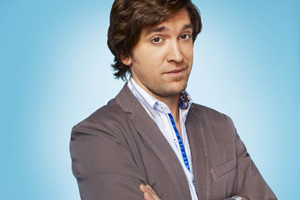 Lisa and Dan's new next door neighbour - works as an accountant for a Manchester firm. His film choice would be anything by Danny Boyle. His favourite song is Don't Look Back In Anger but he also likes playing old Blondie tracks. He most enjoys Chinese food eaten with lots of mates surrounded by plenty of buzz and noise.

Football-mad Gary is Bianca's stepson, and came to live with her and his father, Jim, shortly before his untimely accidental death.

Having underperformed somewhat in his school exams, Gary's hoping his notable football talent holds promise for his future.

Gary and Bianca have now moved away from Mount Pleasant. 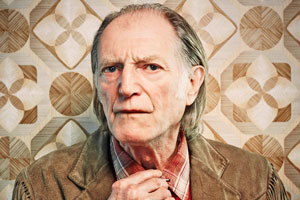 Dan's father and Pauline's husband, Charlie is an ageing rocker and wannabe wild child who is certainly not one to be relied upon. 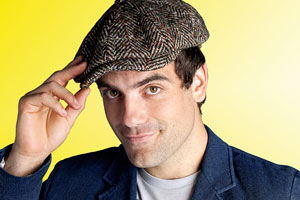 Smooth-talking ladies' man Robbie is Dan's younger brother, and the apple of his mother's eye.

Arriving back in Mount Pleasant unannounced after living and working in New York for the past few years, he immediately slips into his old mummy's boy role.

Dan, however, is far from happy to see his brother back in town. He remembers just how broken their mum was last time he did a disappearing act, and doesn't think Robbie's stories sound quite right... 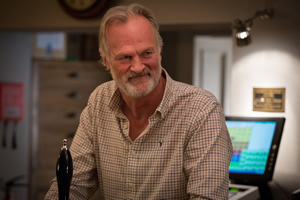 Trevor took over the Dog & Dart in Series 5. A business guru, he specialises in turning around failing concerns and selling them for a profit.

Quickly taking a strong liking to Pauline and installing her behind the bar, however, it turns out that Dan's wariness of too-smooth-to-trust Trevor were more than a little warranted.