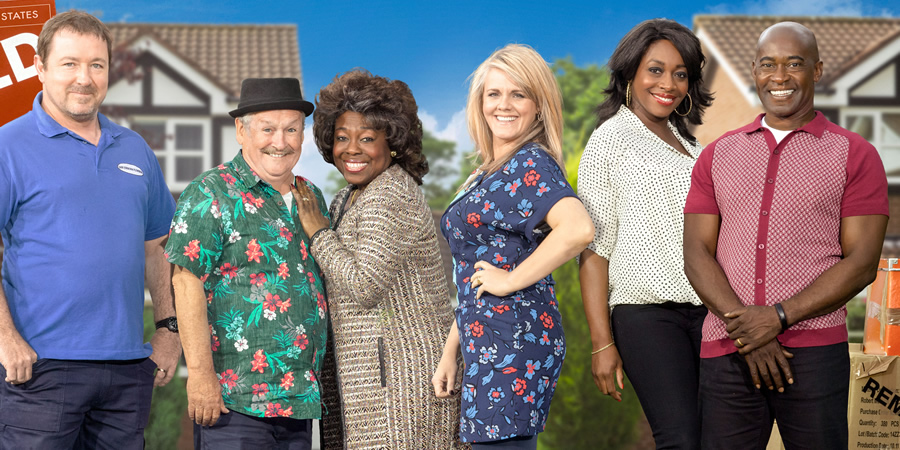 Comedy drama based around a couple living in an affluent area of the north, plus their friends, family and relationships

Whether she's fending off female advances towards her loveable plumber husband Dan, stewing over why he thinks her best feature is her bum rather than her boobs, or deciding whether to have potato skins with an extra dollop of sour cream or onion rings with a pot of thousand island dressing (or both) at lunch with the girls - Lisa Johnson loves her life. Even when her smock top is mistaken for a baby bump and when a steamy soak with Dan is interrupted by her mum scrubbing the lav, she wouldn't have it any other way. Welcome to Lisa's world...

Sally Lindsay is Lisa, a 30-something Mancunian who has been married to plumber Dan (Daniel Ryan) for ten years. Lisa and Dan live on a smart cul-de-sac in Mount Pleasant, a small suburb to the south of Manchester. Lisa's ever-present parents Sue and Barry live nearby.

At the heart of the show are Lisa and Dan: they love each other, but aren't above a bit of a scrap when the occasion arises. Particularly when their temptress neighbour Bianca offers Dan a slice of her fish pie. But while Lisa is used to fending Bianca on a daily basis, she has no idea that another woman, the recently widowed Kate, is making a play for Dan.

Lisa navigates the highs and lows of life with the help of her best friends and workmates Shelley and Denise, but finds herself struggling with her emotions when she encounters sexy singleton Jack.

Elsewhere, Shelley has her own issues to deal with, when she suspects husband Greg of having a gambling problem. Sue and Barry have no such worries, however: their biggest debates are sparked by what sort of jacket Barry should buy for their coach trip to York.

Series 2: Everything is rosy for Lisa and Dan at the start of the 2012 series. Unfortunately the same can't be said for the rest of the gang; Shelley and Greg are trying to live separate lives, while Denise attempts to keep Fergus away from baby Joshua. Meanwhile, Bianca goes into mum mode when her teenage stepson Gary moves in. However, new friend Kim looks set to lead Lisa astray.

Series 3: The third series sees Nigel Harman and Samantha Womack joining the cast in the guise of sexy couple Bradley and Tanya, who move in and inject some glamour into the area.

Their teenage daughter Ella (Nicola Millbank) completes this fun-loving outwardly perfect family, blessed with good looks, style and joie de vivre. Bradley's wheeler dealer ways and Tanya's boundless self-confidence make sure that the pair are quick to settle in and it's not long before they've invited the neighbours round for a house party. It's tequila shots and popping cava corks all round! Everyone's enjoying themselves, especially Gary, who's instantly taken with Ella. Teenage crushes abound!

Suffice to say we'll soon find out just what makes Tanya tick and what lies behind Bradley's bravado. Clearly there's more to their relationship than meets the eye and their arrival in Mount Pleasant will keep the neighbours - and viewers - guessing.

Elsewhere Dan and Lisa couldn't be happier. What could possibly shake their cosy little world to its foundations? Lisa's forging a new career for herself - working in partnership with Fergus which might just make Dan feel a little excluded? Tanya's also feeling neglected by Bradley so it's not long before she's fluttering her eyelashes at Dan. Can he resist her advances?

Series 4: Lisa and Dan's lives are about to be turned upside down by the arrival of their first baby. No sooner has the newest member of the Johnson clan made its debut, than Dan's wayward younger brother makes an unexpected entrance.

Elsewhere more secrets come to the surface when Bradley's past catches up with him and he's forced to make a trip to "take care of business." With handsome Greg secretly employed by Bradley as a 'minder' for Tanya and Ella what could possibly go wrong?

Meanwhile, Fergus struggles as Denise's career as a model goes from strength to strength, and Roger and Bianca become unlikely housemates. 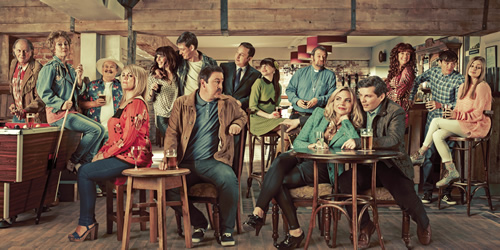 Series 5: Last series saw Lisa and Dan cement their family unit as they welcomed daughter Molly-Sue into the world but, now, we find their marriage is far from stable. And their problems are only highlighted by the arrival of vivacious and very-much-in-love new neighbours Jenna and Cameron (Nicola Hughes and Patrick Robinson). War is immediately waged between Lisa and Jenna, whose noisy salon happens to be next-door to Lisa's newly refurbished office.

Elsewhere, Pauline attracts the attentions of pub owner Trevor, though there may be more to the ultra-suave publican than meets the eye, while Roger and Fergus become unlikely gym buddies. Plus, with Tanya away, Greg finds himself living with Bradley, who returns to try to make amends with daughter Ella.

Series 6: The new series kicks off with the opening of a revamped Dog and Dart pub, now under the ownership of Bradley, the former criminal, ex-husband to Tanya and the father of Ella. With this role, he has turned over a new leaf and promised Ella he will follow the right path. What could possibly go wrong?