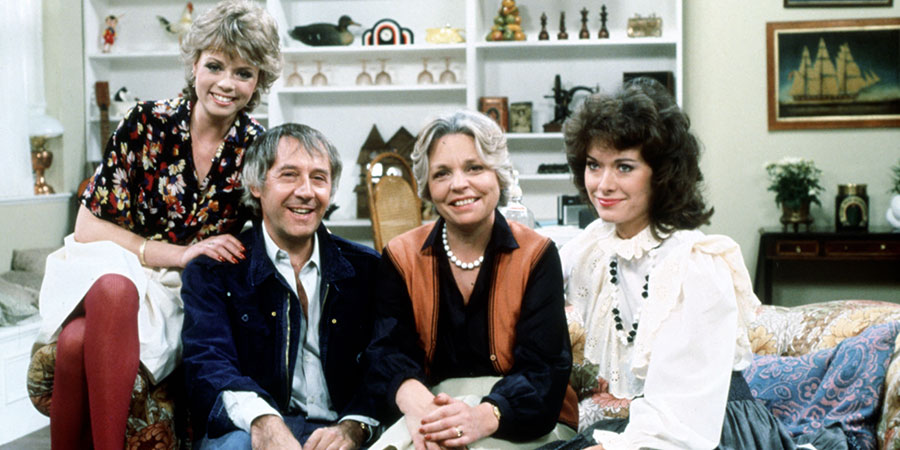 Keep It In The Family

Cartoonist Dudley lives in an upstairs flat with his wife, while his daughters live in the flat below

After 18 years in their home, the sitting tenant in their ground floor flat dies, aged 85, leaving Dudley and Muriel Rush with a search for their next resident.

Dudley begins searching, but it soon becomes apparent that his teenage daughters have a better idea of who it should be let to: them!

After careful thought - not at all influenced by the opportunity of turning their existing bedroom into a very pleasant artists' studio for his own work - Dudley's persuaded to keep it in the family by allowing Jacqui and Susan to move downstairs. Can the two daughters really maintain their independence?

In the main upstairs flat, meanwhile, cartoonist Dudley - creator of Barney the Bionic Bulldog - prevaricates, delays and procrastinates, much to the continued annoyance of his gruff Welsh editor, Duncan.

However, Dudley's silly sense of humour and child-like sense of fun are a constant source of amusement and entertainment (if not also occasional frustration) to the girls, and to Muriel.