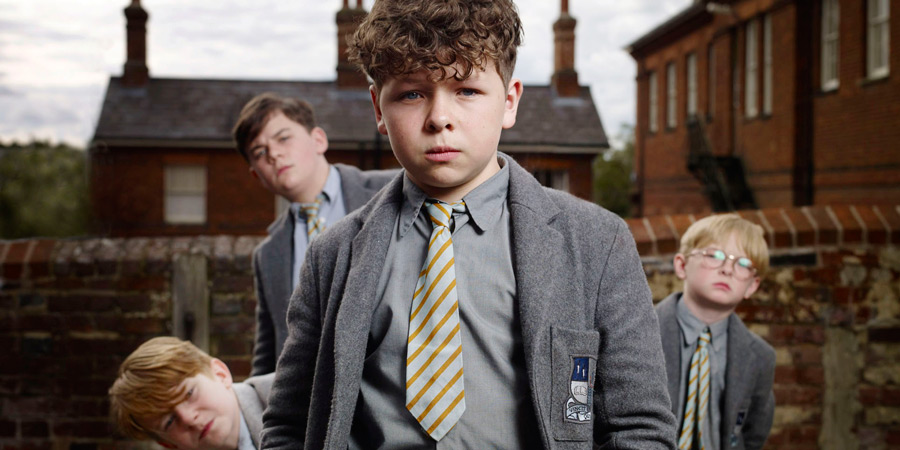 Richmal Crompton's much-loved mischievous hero Just William returns to television screens as a new four-part series adaptation by Simon Nye. Weaving together a selection of Richmal Crompton's timeless short stories and setting them in the Fifties, Nye has written scripts faithful to her precise portrait of British family life.

The mischievous William and his gang, The Outlaws, like nothing better than wreaking havoc in the local woods. Dedicated to dastardly doings, William embroils his pals in a spot of boggy bother with new neighbour Mr Bott; manifests a menagerie mix-up with a pair of parrots; sets up a spot of blackmail; and takes to the stage to perform his own rendition of Hamlet.

Fresh from his success in Outnumbered, a much-shorn Daniel Roche steps up to play the title role.

The stellar cast also includes Warren Clarke and Caroline Quentin as new neighbours the Botts, with Daniel Ryan and Bafta-winner Rebecca Front playing William's parents. Narrating the series is the voice behind the classic recordings of the Just William stories, Martin Jarvis.