Britain's Got Talent finalist Paul Burling & friends take a comical look at the showbiz characters that have shaped 2010.

The sketches are paired with music from the team's impressions of Robbie Williams & Gary Barlow, Stacey Solomon & Shaun Ryder. 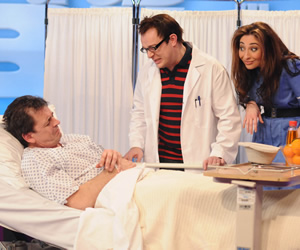