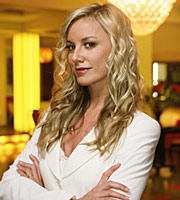 General Manager of Hotel Babylon, Rebecca is in her mid-thirties and dresses immaculately, with particular loves for Prada and Jimmy Choo.

She has wanted to run a five-star hotel since walking past one for the first time on a shopping trip to London as a child. All her life has been spent on this career path and she's ambitious to the degree that she can't really focus on anything else. Least of all the eventual collapse of her marriage.

Rebecca's only concern is her hotel and she will always, always put the guest first... well, as long as profit margins are secure! 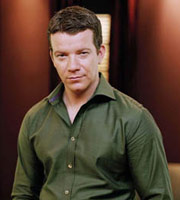 Deputy Manager of Hotel Babylon, Charlie is in his early 30s, attractive, and is technically single - although he has had a fling with Jackie. A Jack of all trades, Charlie is our "everyman" and introduces us to the world of the hotel - giving us all the tips and exposing the secrets we need to know.

Likeable, he possesses impressive moral standards, which is interesting considering his complex past and economy with the truth on his job application form. Unlike his boss Rebecca, working in a luxury hotel was never his life plan: he stumbled into it and discovered he had a real gift for the job and that the service industry suited him.

Now he's got a career he's ambitious, but not in a calculating way. Charlie's management skills and methods might not be as orthodox as Rebecca's, but his ambition and natural charm allow him to take the General Manager role when she leaves at the end of Series 2. 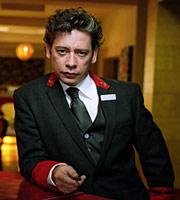 In his late 30s and married with children, Tony doesn't get to see much of them due to the long hours he works and his dedication to the job. As Concierge, he's a true specialist - he knows everything the guest needs to know - he can get you anything, from anywhere, and always within 24 hours.

An effortless charmer and easy-going, he has a different kind of life plan to the managers; his principle aim being to raise enough in tips over the next few years to retire at 44.

Has worked in the hotel business for years and knows it inside out. He has almost become part of the fabric of Hotel Babylon itself. 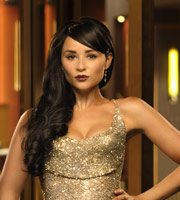 Hotel Babylon's Head Receptionist, Anna, is in her mid-to-late 20s and from a middle-class family in Surrey. Not aristocratic by any means, although she'd like you to think so.

Anna works in the luxury hotel business because she feels completely at home there - but really working there is the only way she can afford to be a part of it. She's clearly gorgeous and seems to know it and, as far as she's concerned, it's only a matter of time before she bags a wealthy and eligible guest.

There's a little more depth to her than meets the eye, but casual onlookers would see her sole life-goal as to marry into the lifestyle she believes she deserves. 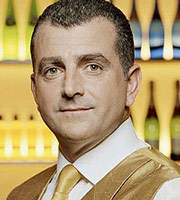 Head Barman, 42, half-Italian, half-Spanish. The luxury end of the market is awash with Spanish barmen, but Gino is particularly proud of his dual identity.

Whilst his background might be slightly chequered, he's undeniably clean and kind-hearted. His strong, unique morality somehow seems to stop with the ladies... 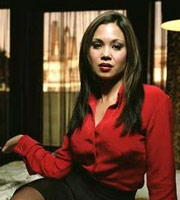 Head of Housekeeping, 29-year old Jackie followed an English backpacker over here from her native Australia. She had his child, but now they're separated; her job at Hotel Babylon allows her to keep normal enough hours to look after their son. And a casual 'sex-thing' with Charlie adds more than a little excitement to room inspections!

A staunch team player, Jackie is always fiercely protective of the below-stairs staff - those who the guests rarely see. 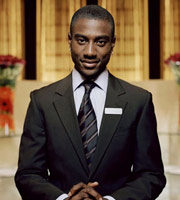 Ben, a receptionist in his early 20s, loves the luxury hotel world because of its style and inherent campness. He's not ambitious - but then he is not sure what he really wants to do.

Despite having been at Hotel Babylon for a few years, Ben is still quite wide-eyed and gets starstruck. He has, however, impeccable moral convictions and is quick to assert them. 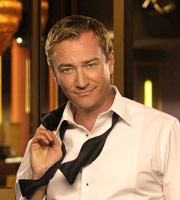 James, 40, is described variously as the 'Restaurant and Purchasing' and 'Food and Beverages' Manager. Either way, he's an obsessive wine-specialist, extremely pretentious and rather old school. James knows the value and importance of all things luxurious and gets a huge kick from ordering the finest produce.

He just can't help looking down his nose at people who can't pronounce foreign labels. 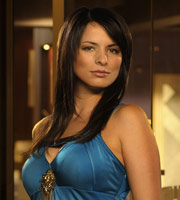 Newly-appointed Head of Housekeeping, Tanya, was a former chambermaid in the hotel. She knows the industry and all its scams inside out, upstairs and down. Delighted to be front of house she quickly develops a crush on Sam and brings her unique, brusque style to the job. 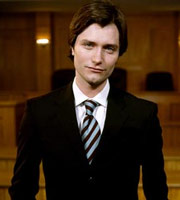 The new Deputy Manager under Charlie for Series 3, Jack is quietly confident but a tad too big for his boots - not to mention wet behind the ears.

When Charlie sets him an interview task of looking after the most difficult guest Babylon has ever had - Mr Delaney - can he manage to rise to the occasion? 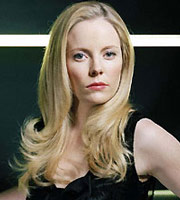 Head of PR: beautiful, ambitious and wants to put Hotel Babylon back on top following a dodgy restaurant review.

However, she gets off to a rocky start by posing as a journalist and interviewing her future colleagues - who divulge a little too much information. She will need to earn their trust if she is to continue working at the hotel. 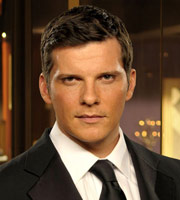 Sam is a charismatic, attractive, millionaire businessman who is slightly reckless with his cash.

Having lost a fortune, made a fortune, then lost it all again, Sam is always on the look out for a new venture and appears to find it at Hotel Babylon. He is shocked to discover his ex-wife, Juliet, overseeing the hotel and soon sparks begin to fly between them. 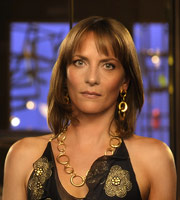 Professional and first rate at her job, Juliet takes no prisoners and has no room for sentiment when livelihoods and millions of pounds are at stake. Juliet has no issue making tough decisions but when it comes to her personal life she is thrown off course when former husband Sam turns up at the hotel. 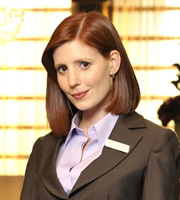 New receptionist Melanie, 24, lands the job quite by accident when her boyfriend abandons her on the steps of Hotel Babylon. After bluffing her way into the vacant post Ben takes her under his wing and turns ugly duckling Mel into a swan.