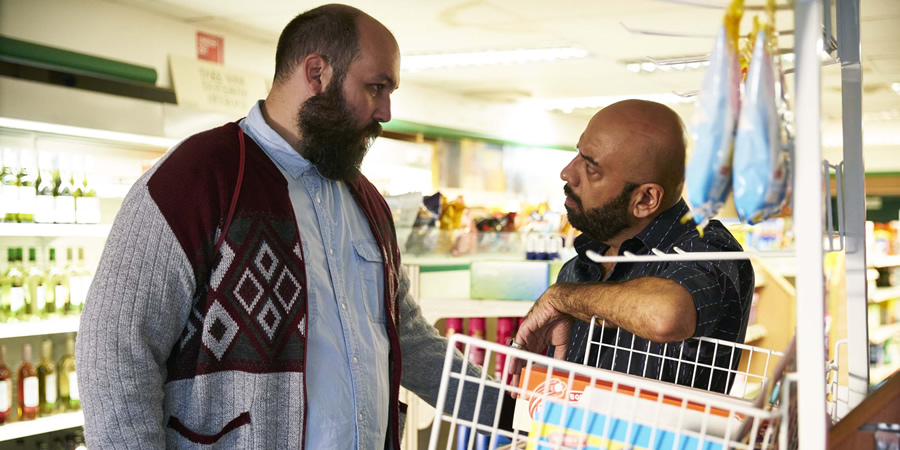 Sami joins the black economy as a tutor but ends up getting much more than he bargained for.
Preview clips

Things are still tense between Sami and his wife Yasmine, who has now claimed asylum in Germany. Sami joins the black economy as a tutor but ends up getting much more than he bargained for.

Meanwhile, Katy and John have to entertain the smug, gluten-free Germans who have come over from Berlin to persuade Sami to join Yasmine and George. John decides to call in some suitably-groomed reinforcements to bolster Sami's side of the argument, but maybe that isn't such a good idea.

Katy asks Sami to give a talk at the school about his story, but things soon take an unexpected turn...

Why NOT to Discuss Brexit at a Dinner Party

With Sami's wife Yasmine claiming asylum in Germany, her hosts visit to try and persuade him to join her...