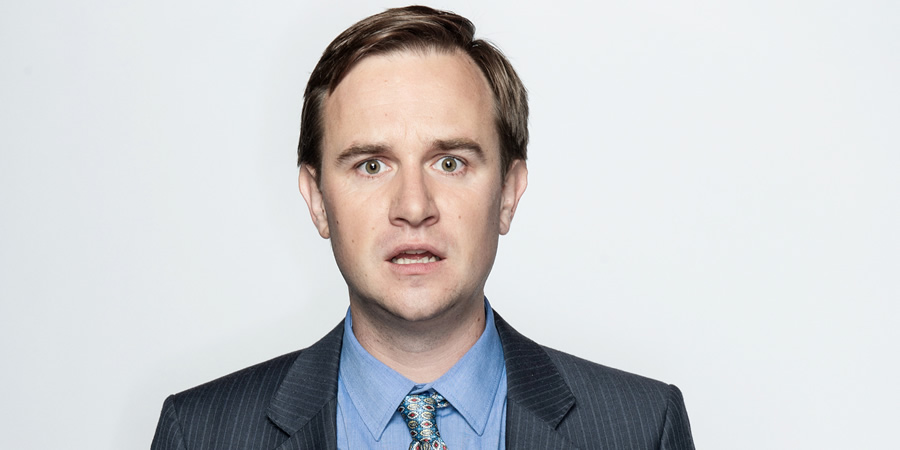 In this amusing blog, Fergus Craig - aka Max Coleman in Hoff The Record - talks about what it's like to be an actor. Lots of food, lots of tender loving care, but long hours...

This is perhaps the most notable difference between life on a TV set and life in my house. On a TV set you are continually offered free, often delicious, rarely healthy, food. This leads me, a man of little to no will power, to eat Grand Slam tennis player level calories on a daily basis. The schedule goes like this... 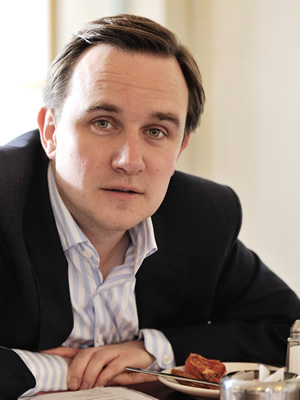 Breakfast: Every day you are faced with a catering truck happy to serve you a full fried English breakfast. Every day. There are fruits, cereals, yogurts and porridge on offer too. This doesn't mean that you don't tell yourself that a bacon and egg sandwich with a hash brown and baked beans is a fairly light option.

Morning Snack: At about 10.30 some trays are brought to set. What these contain depends on the job. On this particular one they consisted of fruit, cakes and crumpets or croissants covered with cheese. 'What could that croissant do with, to give it a bit more oomph, do you think Vera?' Just stick a slab of grilled cheddar on it.

Lunch: This consists of three hot options and a table covered with salads and the like. The hot options are usually along the lines of a full fucking roast or a shepherd's pie.

Dessert: Of course there's dessert. Two options. One of which is nearly always some kind of sponge with custard. On a normal day at home, I do not have a Lemon and Ginger Sponge with Custard at 1.30pm. I did 36 days of filming on Series 2 of Hoff The Record. I had 36 desserts. In fact, so used to desserts have I become that I have had one on each of the three days after we finished. When something becomes the norm you fail to see how wrong it is. I'm like a Nazi and - like so many of them - I will, rightly, die at 45.

Somehow, after seven weeks of Elvis circa 1977 intake, I didn't put on any weight. That, I suspect, is because of the following... 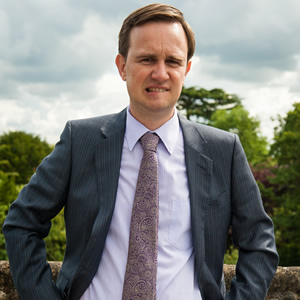 As a penalty for such a high calorie intake, everyone on a TV set has to work long hours. Longer hours than my non TV set life anyway. Not longer than a junior doctor perhaps... BUT FAR MORE IMPORTANT.

On an average day I would get up at about 5am and get home at about 8pm. This meant that I spent most of my life feeling like I had just been on a long haul flight. I realise any parents of young children reading this don't feel like I have a right to complain about those kind of hours. Well, I do. Because, as everyone knows deep down, parenting is piss easy.

Being an actor, the long hours are made a lot more bearable by the fact that you are driven to and from work in a nice car. Your ability to sleep on that car journey will depend on two key things: how loud your driver likes to have LBC on, and how much they want to talk about what's being discussed on LBC.
The chauffer driven thing does make your life a lot easier than the crew though, who have to make their own way and have to work those kind of hours forty/fifty weeks a year. But you don't give a shit about the crew because you are an actor and are therefore...

THE MOST IMPORTANT PERSON IN THE WORLD 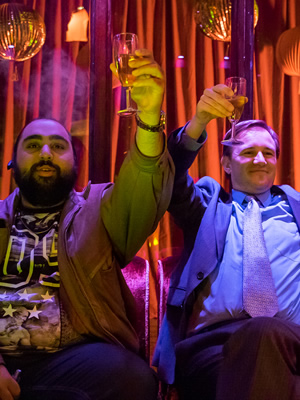 The 'TLC' that TV actors are given is absurd, and I say that as someone who's CV consists mainly of children's television and under the radar comedies.

We're constantly fed, we're constantly asked if we want tea or coffee, we're driven to set and then if it's raining, an umbrella is held for us and we are walked to our own personal trailer. Then after a while, a conversation like this will occur...

Runner: Sorry Fergus, do you mind if we take you to set now, if you're ready?
Fergus: Sure. Can I just go for a pee?
Runner: No worries. Take your time.
Fergus goes for a pee. Possibly a quick wank.
Fergus: Ok. Ready.
Runner: Thank you Fergus. Sorry about that. Thanks very much.

They actually thank you for urinating. What a life! If I could employ someone to thank me every time I went for a piss then my self-esteem issues would be over, I'd be the most confident man in the world. Hang on, I'd be David Hasselhoff.

'Hoff The Record' is on channel Dave on Fridays at 10pm. Or catch-up via UKTV Play