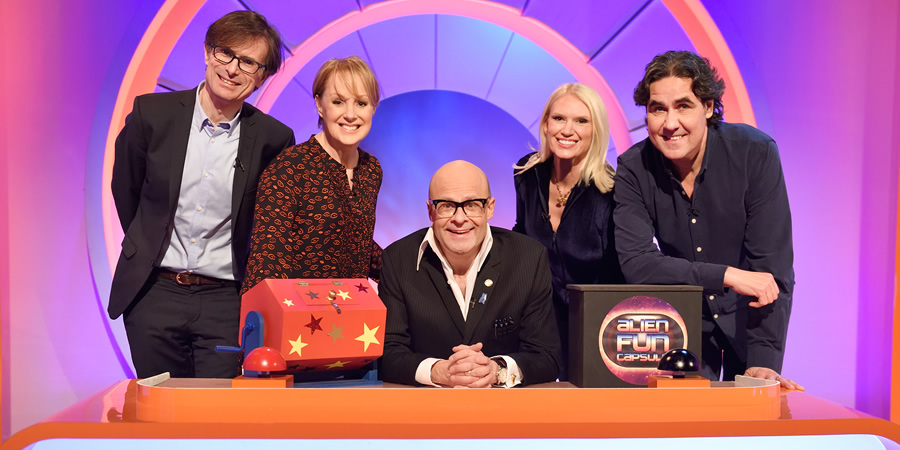 Here's what Harry Hill has to say on the second series of his panel show...

Well we have Lord Robert Winston doing his Bobby Ball impression. Janet Street Porter and Una Stubbs dressed as Cliff Richard. Alan the Alien spitting a cough sweet at Carol Vorderman. There's a game of Human Tetris. Sally Webster from Corrie's tiny hand makes an appearance. Robert Peston does some Highland Dancing. Louis Walsh is nailed to The X Factor cross. Jimmy Osmond participates in the Quiz 'Preston Or Burnley'. What else would you expect?

Who were your favourite guests this series, and why?

All the guests were very good sports. Robert Winston and Cannon & Ball were hard to beat.

I think it's safe to say we've offered up quite a few earth-saving options. However if I was to choose one it'd be a clip of Janet Street Porter dressed as a clown from the 1970s.

Who would be your dream guest for the show and why?

Meghan Markle would be a great guest, so we could go over some of her best bits from Suits.

Will we see Alan the Alien this series..?

Alan the Alien is in every episode presiding over the games and generally offering a helping alien hand.

Alan the Alien is on hand to help the celebrity teams save planet Earth from alien invasion!