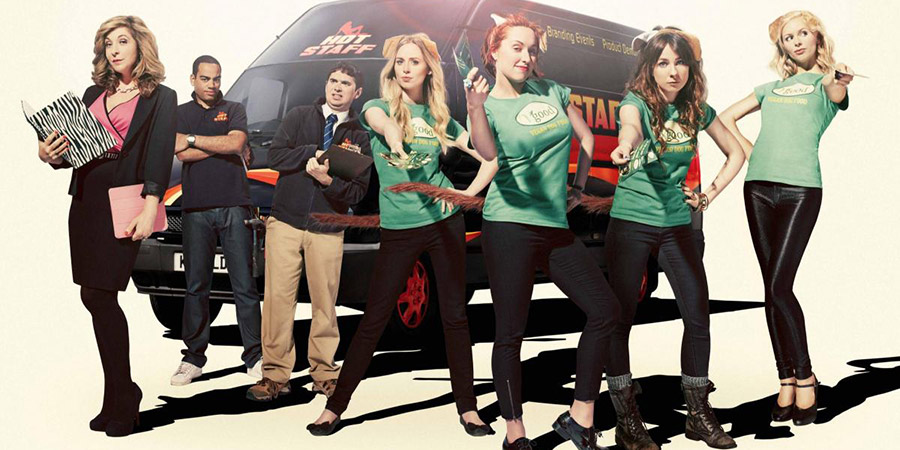 Give Out Girls is a character-led sitcom about a gang of four girls (and a couple of guys) who work in the world of 'promotions'.

Who are those girls out at 7am, dressed as light bulbs, giving you stuff you don't want? It's a world that's instantly recognisable to anyone who's ever done a job simply to pay the rent. It's about working hard at avoiding hard work and how your colleagues by default become your mates.

The gang's motto is 'what happens on tour stays on tour'. The group are let loose up and down the country promoting a different product in a different venue each week. Seeking excitement and adventure they inject as much fun and mischief into the day as possible...

The lynch pin of the group is Marilyn. She's breezy, witty and at 29 is getting a bit old for this game. Also part of the team is Gemma, the baby of the group, who is bright and enthusiastic with a naive view of the world. Fellow promo girls include Zoe, a passive aggressive, self-loving dancer from New Zealand; and Poppy, who has her own unique way of looking at the world. She loves to party and is prone to obsessions when it comes to boys.

The team work under Debbie, who's in her mid-40s. She's a Northern, menopausal trouser-suit wearing, nightmare boss of the company.