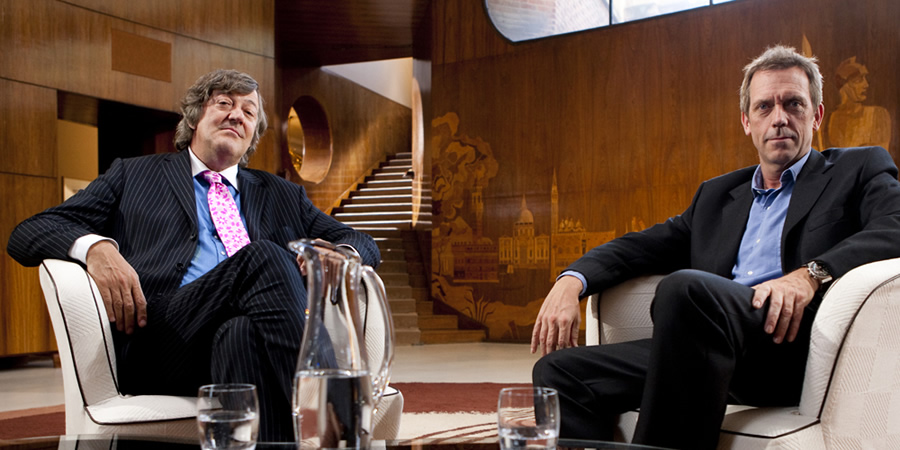 Stephen Fry and Hugh Laurie reunite for a 90 minute TV special to mark the 30th anniversary of their partnership. The programme sees the former double act reminiscing about their friendship, careers and sketches.

Thirty years ago this autumn, Fry and Laurie met for the first time at Cambridge, introduced by their mutual friend Emma Thompson and comedy history was made.

Throughout the programme, Stephen and Hugh open up, revealing fascinating insights into their friendship and their careers, and take a look back at their sketches, interspersed with hilarious clips from their work.

Filming revealed some funny insights into the pair; Fry and Laurie have different versions of how they met although they both concede they were introduced by Emma Thompson.