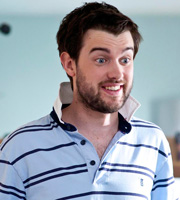 JP - real name Jonathan Pembersley - is a public school boy who failed to get into a 'proper' university, and considers himself an overlord raging hard amongst the underdogs.

He is by far the most self-assured of the housemates, with a sense of entitlement that seems to override any consideration for others. However, it's largely surface bravado of a somewhat soft-centred, emotionally stunted young man.

Having taken the sudden death of his father and sale of his childhood home particularly badly, JP is facing an ongoing crisis of personality and identity. And it doesn't help that even Howard is having more luck with the ladies.

In Series 3, JP is the landlord of the flat, having bought it outright. 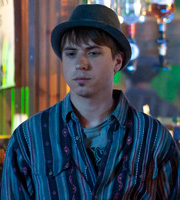 After years caring for his sick mum in their Essex council flat, hanging out with a few male friends and amassing an impressive collection of NMEs, Kingsley arrives in Manchester both ready to embrace life, love, sex and experience, and slightly terrified of the dive in.

He quickly falls for fellow housemate Josie - and she for him - but their combined awkwardness gets them off on the wrong foot from the start.

As he tries to forget about his feelings for the beautiful Welsh blonde, move on and reinvent himself, can Kingsley really be something he's not? He starts dating the lovely Heather, but there's something missing.

And when Josie is thrown off her course and has to start afresh in Southampton, Kingsley misses her presence particularly keenly. 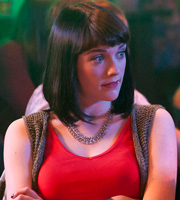 Oregon's main objective at university is to reinvent herself in a way that is as far removed as possible from her very middle class upbringing. An excellent student, she's terrified she might be boring, and constantly worried about what others will think. She will say and do anything that she thinks will be cool.

Unable to shake off her background drive to achieve, she is predictably naive and falls into an affair with one of her tutors, Professor Shales.

Perhaps unsurprisingly, her 'cool' persona doesn't stand up to the slightest moment's scrutiny, although she does form a close bond with the massively under-achieving and genuine cool-chick, Vod. 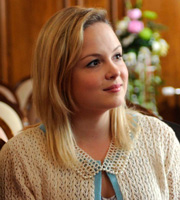 Josie arrives at university from a small-town community in Wales, anxious to embrace everything that student life has to offer with gleeful gusto. But she has a hard time reconciling her appetites for this new exciting world with the sweet person her previous life has moulded her into.

Almost instantly, Josie falls for housemate Kingsley. But they're equally as awkward as one another; his attempt at a reinvention of sorts whilst retaining his fundamental middle-class decency, and her attempt to sustain a relationship with a slightly older boyfriend back home, put them at odds. However, there's absolutely no denying the chemistry the pair have, despite their relationships and dalliances with others.

In her second term studying dentistry, Josie commits a cardinal sin in attempting to operate drilling equipment whilst drunk, and horrendously disfigures her patient. She's thrown off the course and is forced to move to start afresh in Southampton on a new degree - but the draw of Manchester (and Kingsley) seems irresistible and it isn't long before she finds a way back. 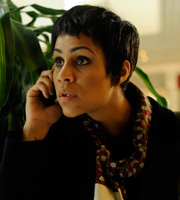 Vod is fiercely independent with the type of fractured background Oregon wishes she could have invented for herself. She exudes an intimidating cool in abundance, unwilling to ever reveal a chink in her emotional armour.

She unnerves herself with moments of typical girliness - such as going weak at the knees for a plumber during term two - but is largely cool, calm and aloof.

And, more often than not is, drunk. Or high. Or both.

Having developed a good friendship with Oregon, with whom she is on the same course, the pair head off to South America for the summer at the end of year one. But something's come between them... 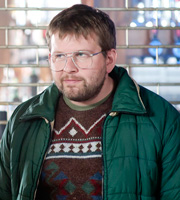 Unlike our other students, Howard is already living in the shared house when we meet him. How long he has been there is difficult to determine.

Howard is a defiant 'square'. He knows his own mind and seems to be happy with his niche as an eccentric recluse.

This, however, is put to the test in their second term with the arrival of Dutch PhD student Sabine. She's clean-living, up-front, and utterly no-nonsense. For Howard, there's a surprising attraction...

Having tasted the possibility of female affection, in his second year Howard is far more keen to get his slice of the action. But will he take JP's terrible advice? 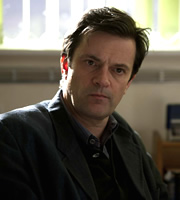 He doesn't like Vod, but very much likes Oregon. In fact, it isn't long before Shales is breaking all kinds of rules and social taboos (not least his marriage vows) and dating Oregon. He says he is attracted to her mind, but you sense he is equally attracted by simple lust. 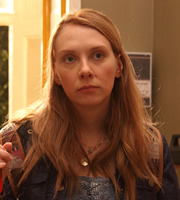 Sabine is a Dutch PhD student who moves into never-seen housemate Phil Lamb's old room at the start of term two.

Clean-living, no-nonsense and straight to the point, she doesn't really understand the housemates most of the time, and has little time for their immature antics.

However, she does develop a certain connection with Howard over his equally serious attitude to computing.

In Series 3, Sabine has moved out. However, she's now in her PhD role she starts to oversee Josie. 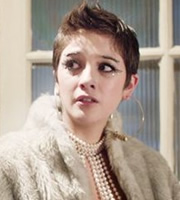 Heather's a friend of Josie's from her dentistry course - but soon strikes up a far closer relationship with Kingsley.

When Josie has the accident and is thrown out, Heather does what she can to help her friend, but there's certain lines she just can't cross.

For Kingsley, she's a refreshing, clever wonder - but he soon begins to feel that maybe he's got in a bit too deep? 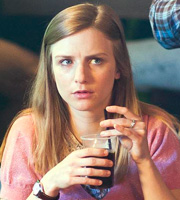 With Josie in Southampton, there is a room spare in the house at the start of Series 3. Candice soon takes this room.

She is a naive, home-schooled, innocent first-year whose parents feel she will fare better under the wing of older students. If only they knew... 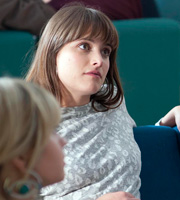 Sam, a first year student, meets Howard at the Dry Slope Skiing Club launch 'scam'. She is friendly, witty and bold... and she seems to have taken a shine to Howard.

However, Howard is struggling to build up the confidence to talk to her properly. 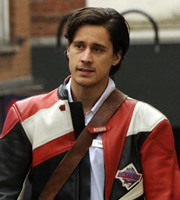 During the break between the first and second year of university, Vod brings back more than everyone bargained for from her travels... in the shape of her new Mexican 'beefcake lover' Javier.

Vod doesn't understand a word Javier says, and visa versa, leaving it up to Oregon to act as translator.

Vod soon grows tired of Javier, but she doesn't seem to be able to shake him... in fact it's not long before, somehow, their relationship gets even deeper. 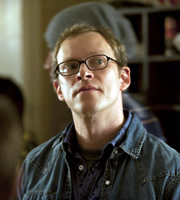 Dan is the Geology lecturer at the university. His lecturing abilities are somewhat questionable and he spends most of his time trying to ingratiate himself with his students.

Kingsley files a formal complaint about him at one point.