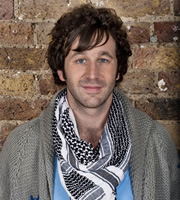 Lindsay Carol is an independent radio DJ with aspirations to be one of the cool gang, but an inability in any way to appear cool or integrate himself with the rock'n'roll world. He would very much like to be in those circles, but he can't quite manage it.

Lindsay bumbles his way passionately through his shows, regaling his loyal listeners with a mixture of cutting edge tunes and stories of his totally misguided personal life.

Sharp and witty on-air, off-air Lindsay is all at sea in the world of hip bands and celebrity. He is constantly upstaged by fellow radio host and cool urban DJ, Topher Kiepher. 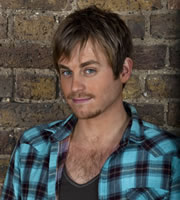 Lindsay's dipsy yet too-cool-for-rock school co-host Dom is a crazy, music loving drunk. He likes to party and he doesn't take anything too seriously. He loves his music and his mates.

Dom manages to piss off their music guests on a daily basis, usually through excessive partying, his tardy antics and his general inability to take his job seriously. 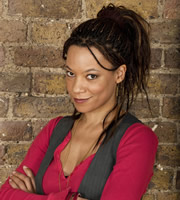 Jane is Lindsay's producer. She is supposed to keep the hosts under control and running to schedule, but she very rarely achieves this herself. Like Lindsay and Dom, Jane is an eternal singleton.

She is a bit of a rock chick and rather flawed. Of course, she doesn't think she is, she thinks she's really deep and interesting. 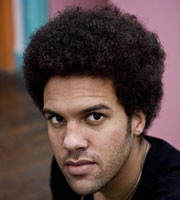 Topher is the urban music DJ at the station. Unlike the others, he actually is cool and, as a result, constantly upstages the rest of the station.