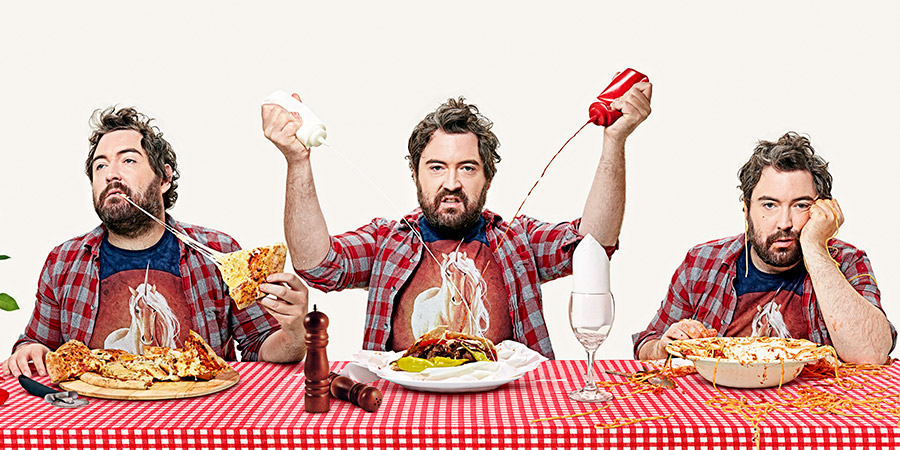 Eat Your Heart Out With Nick Helm

Mixing reality and sitcom, Nick Helm goes on a food-based journey around the UK and Europe

Nick Helm loves food and can't quite believe that Dave has invited him to make a show all about food and what it means to him. But when his girlfriend dumps him at the start of the series, Nick must come to terms with his newfound single status whilst making his new show - visiting one city at a time, finding food, eating food and sharing it with the new acquaintances and old friends he meets along the way.

Soho, Leeds, Berlin, Paris, Glasgow, Essex and Brighton are just some of the places he'll venture to on his food odyssey. From the dinner tables of unsung home cooks to cafes, from restaurants to hidden bars, street eats and food trucks, Nick dives in and tries everything. Except eggs. He hates eggs.

Who knows. Maybe, just maybe, by the end of the series he'll have eaten himself better.