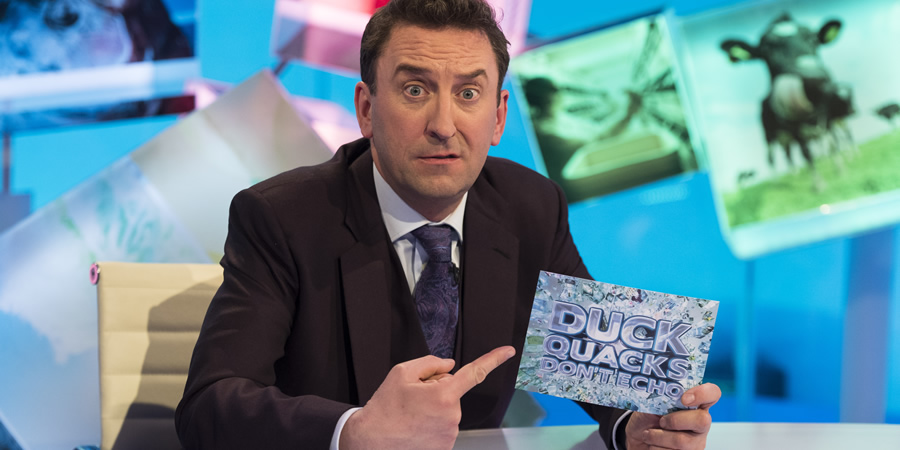 In each episode of Duck Quacks Don't Echo, three celebrities bring a fascinating fact to the table - and with the help of the in house boffins, attempt to prove to their fellow panellists - and the nation - whether or not it's true.

No stone is left unturned in pursuit of the truth, be it super gluing Melanie C to a ceiling upside down, baking Miranda Hart into a meringue or Rhod Gilbert racing a prawn on a treadmill.

Facts tackled by Lee Mack and his celebrity panel, with added expertise from the in house scientists, include whether laughing 100 times is equivalent to 10 minutes on an exercise bike and, somewhat controversially, that men are better at multi-tasking than women. The show also has tried to work out whether, contrary to popular belief, it is possible to sneeze with your eyes open.

Lee Mack comments: "I'm really, really excited that I finally have the opportunity to put to the test such important, profound and meaningful debates as 'can pet dogs catch yawns from their owners'?"

Series 3: The new final round, Mack's Facts, challenges players to link a series of mind-blowing facts to a collection of unusual props.