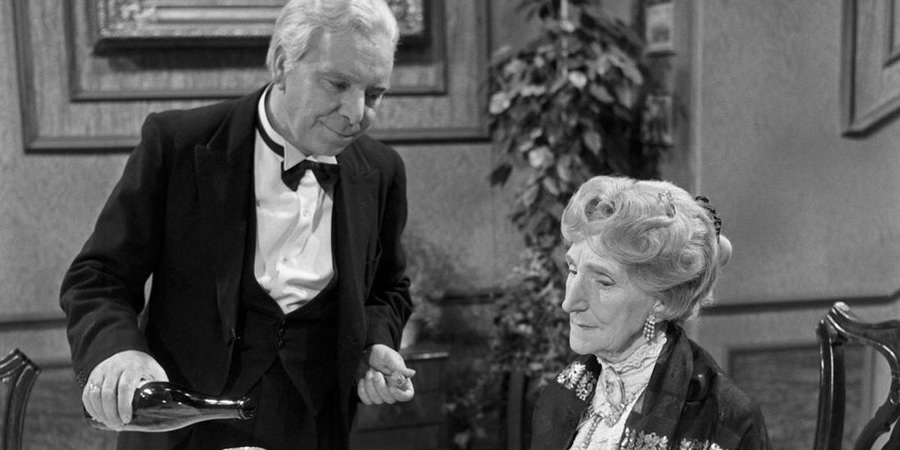 British music hall star Freddie Frinton and May Warden star in this cult 1963 comedy that has been shown every New Year's Eve on German TV since 1972.

Viewers observe Miss Sophie's 90th birthday dinner. Her butler James must fill in for her four departed friends - and that includes lots of drinks before every course!

This sketch holds the record for being the most frequently repeated in the history of television. For example, on New Year's Eve 2003 alone, the sketch was broadcast 19 times.