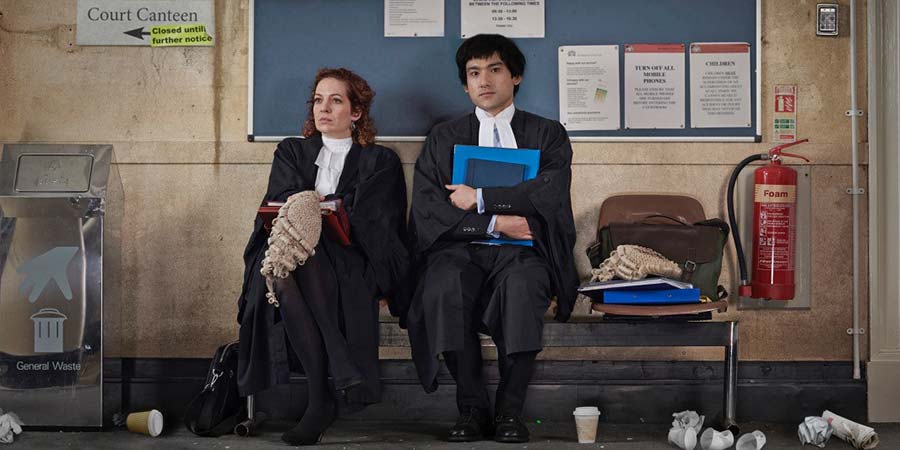 Comedy about a pupil barrister and the chambers he works at

Will Packham is a pupil barrister: smart, dedicated and good-hearted. Or at least he is for now.

Far from the glamorous world portrayed in TV, his job means dirt wages, being on call 24/7 and endless travel to far-flung municipal buildings. His clients are at least as guilty as sin, his cynical pupil master Caroline thinks he's only good for fetching pastries and he is vying for a job with three other pupil barristers, all of whom would stab each other in the front to get it.

Over the course of the series, Will must learn to marry his yearning for justice with the cold hard reality of winning, earn the respect of the law while keeping his respect for himself, all while battling a system that's not fit for purpose.

Meanwhile, Will and Caroline defend a variety of Her Majesty's finest guests: a laid-back murder suspect who almost certainly did it, a man with an unusual scissor-based hobby that might be a weird perversion, a jealous GBH, an unrepentant drug taker and a teenage gang-member/slam poet.

Caroline must use the court-smarts and skills learned from years spent manipulating juries, working-over witnesses and gaming the system, while Will observes, learns and messes things up. Meanwhile his fellow pupils Danielle (street scrapper takes no prisoners), Liam (entitled child of barristers) and Pia (socially awkward genius) fight each other for the attention of the upper echelons of chambers.

And while he's wishing up, Will fights the urge to let his work life bleed into his personal life. Our idealistic young hero is quickly discovering that winning isn't the same as being vindicated, and everyone's guilty of something.