Played by: Will Sharpe 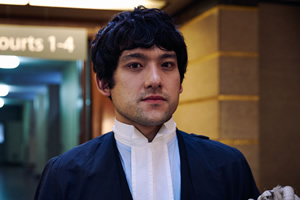 Will is a smart funny idealist who has probably picked the wrong job. He's bummed around a series of fun jobs in his twenties, before re-training to do something that can actually help people. He soon finds, however, that his acute sense of right and wrong doesn't really apply in the win/lose world of the law, where such questions play second fiddle to gaming the system and crushing your opponent. Broke, overworked and faced with an unwelcome choice between his values and his job, Will needs to wise up. The only question is how fast he does so, and how much he'll like himself afterwards. 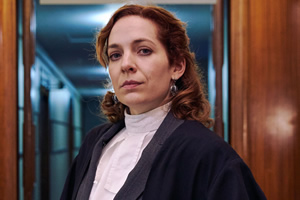 Caroline is brilliant, successful and a perpetual outsider. Sharp, unclubbable and cynical, she eschews the old-boys club around her in Chambers and works relentlessly to prove herself the best. Caroline lives to win in court- and if she can humiliate her opponent barrister in the process, even better.

Such dedication does come at a price - Caroline has no relationship few friends and a diet that is 85% pastry. Perhaps her lack of a life outside law explains why she's so willing to get involved in Will's. Or perhaps she sees Will as a personal project, who with some cold reality showers and a touch of her magic could be the real deal. Will can't tell, and Caroline's not one for opening. 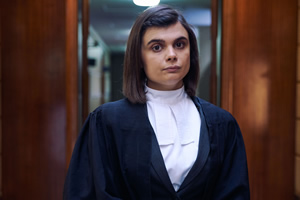 Danielle is Will's fellow, pupil, competing with him for a permanent position in Chambers. From a poor Welsh background Danielle has worked like a demon and taken advantage of everyone she can to get as far as pupilage. Now that she's making her tiny salary work by living off food substitute and scraps of Pret a Manger, to fail would be unthinkable. She's very open about it and is happy to drink chat and offer advice to Will on the understanding that when the time comes to destroy his chance for tenancy, she won't hesitate. She's definitely his best friend in Chambers. 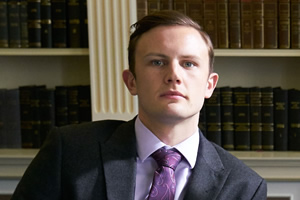 Liam is another rival pupil. The son of two successful barristers, all the pressure is on Liam to succeed, which he doesn't fail to remind everyone about all the time. He's not the effortlessly charming kind of public schoolboy though, more the kind who gives everyone a belittling nickname and lives in the arsehole of his superiors. Does all of this hide a deeper insecurity? Probably not. 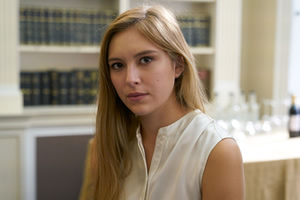 An academically flawless veteran of Ancient Greek camp, Pia is straight out of university and the outright favourite to win tenancy at the chambers. If only she could master talking to actual human beings, she'd be the full package. Her seemingly inevitable coronation however means she's got a target on her back. If only she knew... 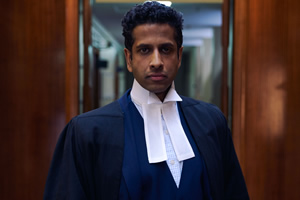 Ashley is the antithesis to Caroline. He's a public-spirited, public school boy who wants you to know that he cares. The president of the Young Barrister's Association, Ashley doesn't much like the whole speaking in court, talking to criminals' side of the job. What he does like is talking about social inclusion in the legal profession on Radio 4. Whether he is genuine in his woke views, or just enjoys the attention is hard to say. But they have certainly helped Ashley climb the greasy pole ahead of Caroline. As the series starts, Ashley is within an inch of making QC. 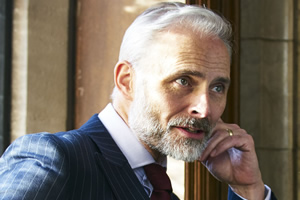 The Head of Chambers, Miles is a brilliant silk whose love of the law is trumped only by his love of his own smooth-as-honey voice. Pompous, arrogant and prone to talking about his kids he's everything Caroline loathes. Unfortunately, he's also very, very good.