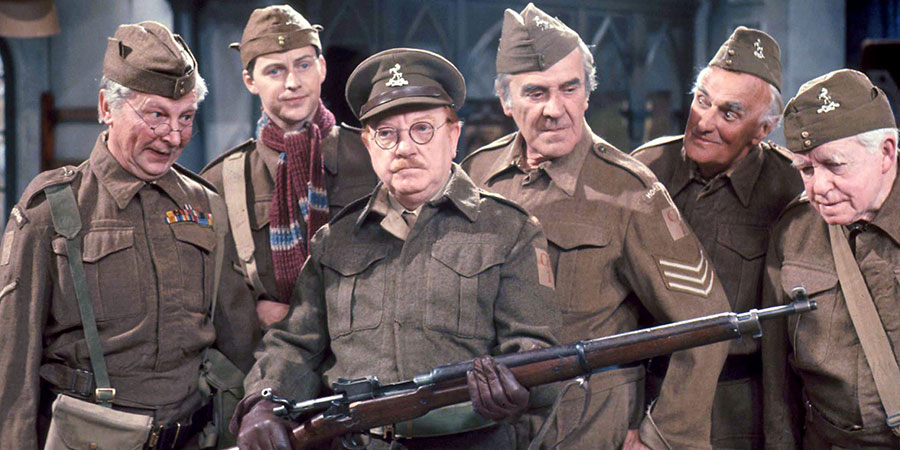 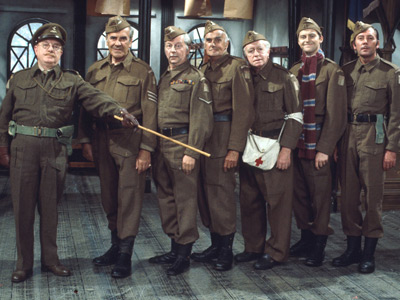 Dad's Army hit our screens for the first time in 1968, a year now more commonly remembered for protests and rioting, Soviet tanks in Prague and American soldiers in Vietnam. In Britain, unemployment was at a post-war high, the creaking economy was being outpaced by Germany, France and Italy and much of the Empire had been lost.

Into this environment came the platoon of Walmington-on-Sea. Dad's Army, with its heady dose of nostalgia, provided a much needed comedic escape. Even so, who would have thought a comedy set in the war about (in the main) old men acting like overgrown school boys would prove to be so popular?

And yet it clearly remains a firm favourite. Decades after first being broadcast, it is assured of its place at the high table of British comedy. Voted 4th favourite British sitcom of all time in the 2004 poll Briain's Best Sitcom, Dad's Army's reputation is safe.

This success was by no means inevitable however. Early test screenings received audience indifference at best. Luckily for us, the market research report was conveniently filed away and promptly forgotten. So just what is it that makes Dad's Army such an enduring and popular comedy?

The location was an important element. The fictional Walmington-on-Sea was placed on the south coast of England, right in the centre of the feared Nazi invasion area. Home Guard units were located all over the country (creator and co-writer Jimmy Perry belonged to one in Watford), but setting the comedy in the front line was crucial to highlight the emotional impact of these 'old duffers' being the first line of defence to German aggression.

In watching Dad's Army therefore, it is both comic and tragic to see Mainwaring and his platoon indulge in futile preparations for the invasion, and while we admire their spirit and determination, we know what the outcome would be if they were ever to face the invaders: to paraphrase Frazer, they'd be doomed.

Dad's Army also says much about how the British see themselves. The main characters are generally un-militaristic, gentle, courteous, and bumbling. Yes, Captain Mainwaring is the one figure who seems to defy many of these traits, but he is often sent up as a figure of fun by the others (often referred to as 'Napoleon' by ARP Warden Hodges, for example).

To admit openly that actually we are rather good at fighting wars goes against what many felt (and feel) are the essential elements of being British. As a collective then, they are the underdog shopkeepers and bankers, forced into a situation they are completely untrained for.

Many of the little touches emphasise the unsuitability of these men for war, making them more endearing to the audience. From Pike with his scarf to the wonderfully carefree Sergeant "Would you mind awfully falling into three lovely lines?" Wilson.

At the core of the programme was the uneasy relationship between Captain Mainwaring and Sergeant Wilson, an odd-couple double act that provided numerous wonderful scenes over the years. A myth has grown up that in its original inception, the upper middle-class Wilson was to have been the commanding officer, with the roles reversed to add an element of class friction with the lower middle-class Mainwaring. According to the creator and co-writer of Dad's Army, Jimmy Perry, this was simply not true: "Many people think of the cliché that a Sergeant should be 'common' and an officer 'posh' - this was certainly not true in the Home Guard. Rank had nothing to do with class or background."

Dad's Army is a very gentle comedy, something for all the family to sit down and watch together. While this seems obvious, it was crucial to the show's success and popularity. Mary Whitehouse was already on the warpath in 1968 and viewers of the fledgling sitcom could be assured of a show without the constant bad language or sexual references that pass for humour in many more recent programmes. 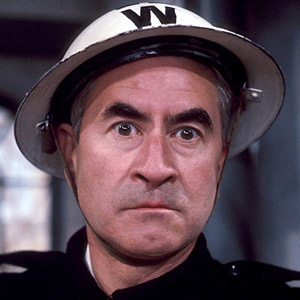 It is noticeable that women play a minor role in the sitcom. Apart from Pike's mother (Sergeant Wilson's 'friend'), very few women are featured. The show in many ways can be seen as exploring the relationships between members of what is essentially a boy's club, with Mainwaring as the leader and the church hall as the club house. All such gangs need rivals, and with the true enemy gang (the Germans) across the Channel, the role was filled up by the improbable group of the ARP Warden, the Verger - and to a lesser extent, the Vicar.

Budding sitcom writers are often told how important strong characterisation is and Dad's Army provides a fantastic example of this. The seven main protagonists are all drawn beautifully, helped in no small part by the wealth of acting experience most of the cast had.

What is striking about Dad's Army is that criticism of the show is so hard to find. This is not to say there aren't certain weaknesses, but rather we are prepared to forgive these weaknesses as the whole is so good.

However, some have leveled criticism that Dad's Army declined from around 1973, not necessarily due to the death of James Beck (Private Walker) but because most of the stronger story ideas had already been explored.

However, this is really just nitpicking. Dad's Army managed to tick all the check-boxes for a successful comedy right through its nine series: superb characterisation, fantastic writing, great actors and an unbeatable central idea. It's a given that this sitcom will continue to be a firm favourite for many years to come.