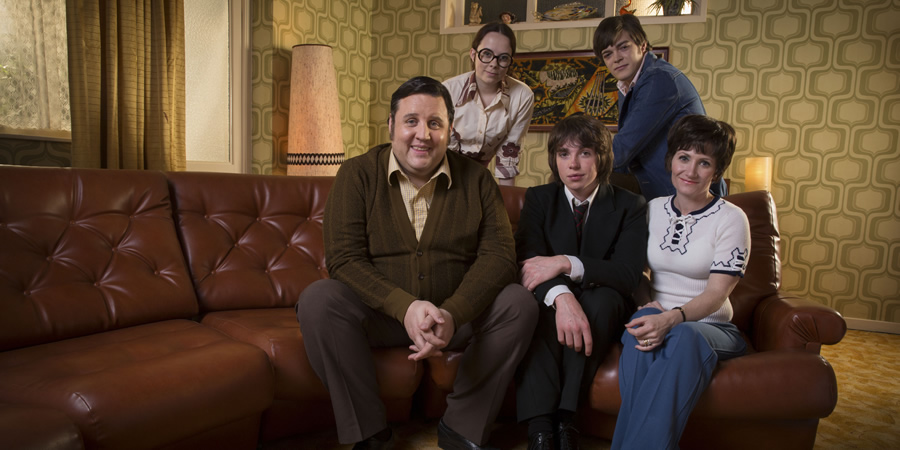 Comedy drama based on the memoirs of Danny Baker. Peter Kay stars as Danny's dad Spud, with Lucy Speed as his mum Bet

It's 1974 and 15 year-old Danny is our guide through the ups and downs of life with the Baker family. With eldest daughter Sharon's wedding looming and the docks facing closure, times are challenging. So too are Danny's attempts to get closer to the opposite sex.

Cradle To Grave is based on actual events and characters.

Dad Fred is known to all and sundry as Spud, a proud South London docker with a penchant for rackets, fiddles and schemes. His wife Bet loves him deeply but longs for the day when they do quaint things - like put money in the electricity meter.

Then there's Danny's older brother Michael, with his modish and much mocked head attire, and sister Sharon who with her plimsole-wearing boyfriend is about to take Danny to the theatre for a West End experience he will never forget.

Throw in a coveted item of clothing, a rogue tortoise and an early brush with death and it's business as usual at 11 Debnams Rd.

Production company
Soundtrack
The theme tune is Cradle To The Grave by Squeeze.
Laugh track
None