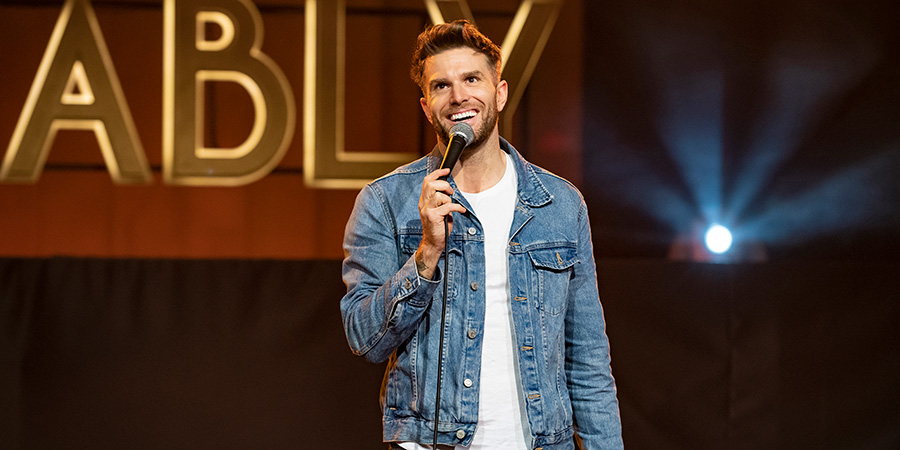 Joel Dommett is joined by John Robins, Judi Love and Kiri Pritchard-McLean for a night of live comedy.
Preview clips

Comedy Against Living Miserably is a stand-up comedy special hosted and headlined by Joel Dommett with support from Kiri Pritchard-McLean, John Robins and Judi Love.

Before taking to the stage, Joel, Kiri, John and Judi gather backstage to talk about their own relationships to mental health, and how that affects their lives and their comedy. These include stories about dealing with grief, the side effects of gaslighting, and how not to cry on the toilet.

These delicate issues are dealt with intelligently and sensitively by the comedians, whose natural comedic instincts allow them to ﬁnd the humanity and comedy in even the darkest of situations. The conversations seamlessly blend with the stand-up material, lending additional weight and meaning to both in the process.

John Robins on his low moment

Joel Dommett's dinner in the dark

Joel Dommett talks about how talking can help.

The comics standing up for mental health

As the series Comedy Against Living Miserably launches, two comedians explain how their jobs affect their emotional wellbeing - and how they hope to help their audiences.

A commendable initiative in which stand-ups discuss their mental health was unfortunately stilted and lacking in laughs.