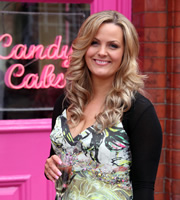 Jackie is sexy, sassy and seriously good fun - although some would argue that she is a bit crackers too. They'd be right!

Mad, impetuous and always the first to cook up an idea to get them out of trouble, Jackie seems to have no fear. Which is a shame - because most of her hare-brained schemes are guaranteed to end in disaster. But because she's always acting in everybody's best interests, you can't help loving her. Even if you have to stop yourself from strangling her first! 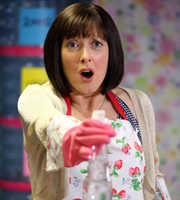 Caution is Elaine's her middle name. Actually, it should be her first name. Talk about scared of her own shadow, Elaine's OCD has it's own OCD!

With her string of phobias - Elaine can somehow manage to have agoraphobia and claustrophobia at the same time. With a total inability to find her way round Ikea without having a panic attack, perhaps Elaine should've thought twice before going into business with Jackie. But it'll all turn out alright in the end... won't it? 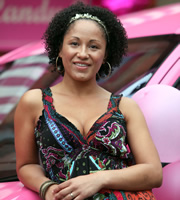 An harassed single mother of two and part-time Open University student, Sally-Anne's certainly got her hands full. But she's a trouper and never complains. Well - only sometimes! 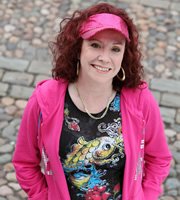 Move over Del Boy. If you're looking for an original Charles & Diana teatowel or a pair of tracky bottoms that David Beckham may (or may not!) have worn for the opening ceremony of the Commonwealth Games, Stella is your woman.

Loud, brash and scared of nobody, Stella tells it how it is. Well she has to yell to be heard being a single mum to four rowdy lads - Cassius, Sugar Ray, Tyson... and Ian. 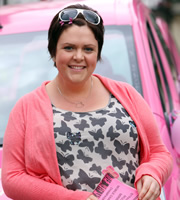 Poor Pam. You can't help but feel a bit sorry for her. Not because she's slightly overweight - but just that she's always using her size to make excuses for her lack of confidence.

Kind, sweet-natured and absolutely adorable, if only Pam would ditch the Slimfast and realise how lovable she really is, then maybe she could start grabbing life with both hands instead of lurking on the sidelines. 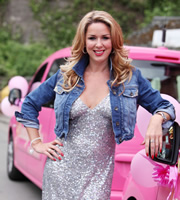 Lock up your sons. And your dads. And come to think of it - your grand-dads too. Mandy the Minx is on the prowl and no man is immune to her charms. Well, in her own head anyway.

Despite being a total man-eater, Amanda is definitely one of the girls too. She doesn't take herself seriously and has a nice line in witty one-liners. But be warned - she got first dibs on George Clooney about ten years ago - so if he ever shows up in South Hadley - he's hers! 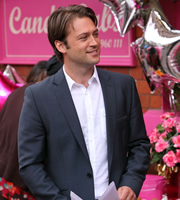 Tony is everything you wouldn't expect in a local figure of authority. As Head of the Taxi Permits Department, you'd think he would be stern, perhaps a bit po-faced and officious. Well think again

Tony is a cheeky charmer who loves the Candy Girls - but not as much as they love him. He's gorgeous.

But getting into a relationship with 'mad bint' Jackie - is he taking on more than he bargained for... or is he really prepared to forfeit everything he has for the woman he loves? 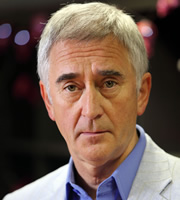 Kenny is the owner of the rival taxi company. He started his own company, 'Kenny Ho: Taxis That Go' with 2 second-hand Ford Cortinas and his mum manning a 24-hour-switchboard. Look at him now - he's got 237 cars on the road and is South Hadley's King of the Cabs. So why would this self-made man and local pillar of the community be remotely interested in Candy Cabs?

Half a dozen bright pink Barbie-buses are hardly going to make a dent in his empire... so why exactly do him and his men want them off the road? 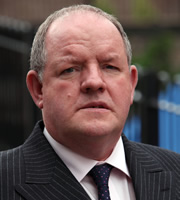 Seeing himself as South Hadley's answer to a young, thrusting Donald Trump (but with better hair) Merv revels in his position as CEO of the town's Board of Business and Trade.

As a trusted friend to Jackie and Elaine, he's fully supported the launch of Candy Cabs - but when the going gets tough, is this jovial joker going to be there when they really, really need them? 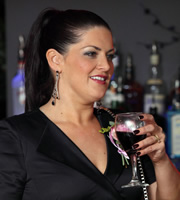 Scheming, manipulative, lazy and deceitful - but enough about Diane's good points! Married to layabout Frank, Di's only happy when she's working the system and getting something for nothing. But she's still determined to wheedle a place behind the wheel of Candy Cabs. Well her sister-in-law Elaine owns half the company, it's bound to be a cushy ride... isn't it? 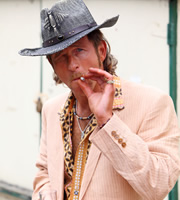 The funeral of his ex-wife Shazza seemed like the perfect way for Dennis to fly back from Puerto Banus in Spain and reignite his relationship with his estranged daughter Witney. He might even get his mitts on some of the insurance money.

But when he finds out Shazza started the company, the self-styled Marbella Cowboy has his sights set on bigger things. He wants a slice of Candy Cabs for himself. Well, it's his daughter's inheritance... and living expenses in the UK have risen sharply since he was last on these shores in the late 90's. Those tanning sessions won't pay for themselves you know.