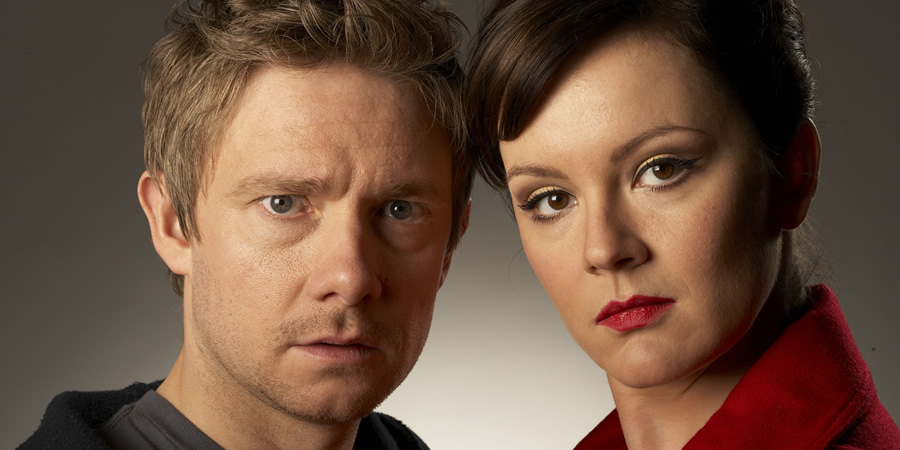 ITV comedy drama starring Rachael Stirling and Martin Freeman. Danny Reed is struck by lightning and wakes to finds himself trapped in a woman's body

Freeman plays dreamer Danny Reed, whose life is turned upside down when he is struck by lightning and wakes to find himself trapped in a woman's body. Instead of being a scruffy DIY store worker with no prospects, he has now swapped lives with glamorous female fashion journalist Veronica Burton.

Danny suddenly must learn how to walk in stilettos and put on a bra, deal with the amorous advances of Veronica's boyfriend Jay and pass himself off as a fashion expert while also finding out what has happened to his old self.

His double life becomes further complicated when he discovers that Veronica has been having an affair with Ali, the boyfriend of close friend Siobhan. But Danny comes to see the advantages of his new life when he revisits his old DIY shop as the stylish, tall and attractive Veronica and speaks to his fellow worker Pete and the girl of his dreams Fiona about Danny's "disappearance". And, for the first time ever, Fiona seems interested in him.

The question is, will Danny find his way back to his old life and, if he does, will he still want it?