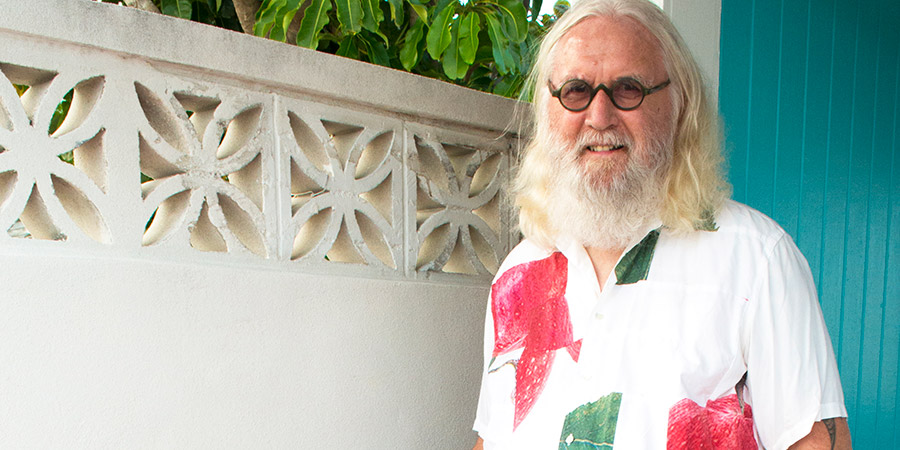 Billy Connolly: It's Been A Pleasure

Sir Billy Connolly recently announced that he was officially stepping back from live stand-up performance. To mark this major moment in comedy history, this star-studded one-hour special celebrates Billy's anarchic genius and life-affirming brand of humour.

Built around brand new filming with Billy at his home in the Florida Keys, this fond, uproariously funny tribute will look back at his illustrious comedy career.

There are also unique new insights from the woman who knows Billy best - his wife and soulmate, Pamela Stephenson.

His A-list fans will share their memories of Billy, send him personal messages and pick their all-time highlights from his glorious comedy catalogue. The man himself will react to their choices and reveal his own favourites.

Billy Connolly: It's Been A Pleasure... is a definitive celebration of an all-time great. An uplifting, emotional and hilarious hour in the company of the legendary Big Yin at his entertaining best. It will make you laugh. It may even make you cry. A fitting send-off for a stand-up megastar.