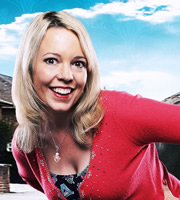 Mum Debbie is a bottle-blonde barmaid in killer heels. Ever glamorous, she likes a laugh and a drink. She is also a warm matriarch, but is forthright in her opinions to the point of being in foot-in-mouth territory.

Debbie would do anything for her family and allows her children to be whoever they want to be. Strong, loving, protective and funny, Debbie doesn't look before she leaps. Oh, and she has a great right hook! 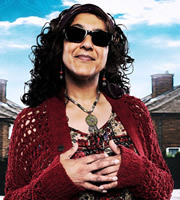 Aunty Hayley is Debbie's best friend and a lodger in the house. She is like a second mother to the Doonan Kids.

Hayley has been blind since birth, but is perfectly happy about that. She is single and looking for love. A bit of an old hippie, Hayley is into any new age therapy going... indeed anything that will brighten her life! 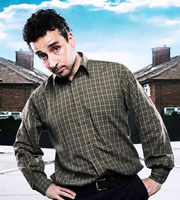 Andy is a self-employed plumber. He is a kind Irish gentle man and a loving Dad... basically a really nice bloke. He wants to make sure he brings his kids up better than he was brought up. He is also still madly in love with Debbie.

Andy has encyclopaedic knowledge of musicals and winemaking and is also very well read. 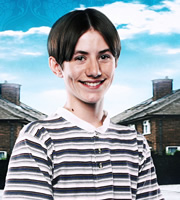 Simon was born in Reading but cannot wait to escape - in the meantime though he is happy to be the perfect son... and occasional hairstylist!

Simon thinks there is a better life to be had out there. He is going through what all teenagers go through trying to find out who he is.

Simon knows that he is a tad different from his peers. He spends most of his time learning dance routines and idolising the Spice Girls, whilst others his age are busy playing football.

His best friend is Kyle, or as he calls him, 'Kylie'. 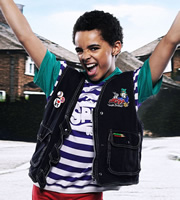 Kyle is Simon's best friend. He is better known as Kylie.

Kylie is an extraordinary bundle of energy and packed full of smart dance moves. He is small enough to get away with murder and, like Simon, he wants to join the beautiful people who live in London.

Kyle is cheeky, fun and fabulous at all times. Life would be pretty bleak without him. 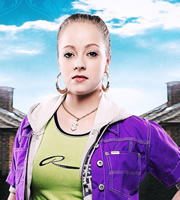 Sixteen year old Ashlene thinks everyone else is a freak. She is totally embarrassed by her family.

She's generally happiest when she is enslaving her little brother and getting together with all the local lads in the area.

Ashlene is a bit of a chav, if truth be told. In Series 2 she gets pregnant. 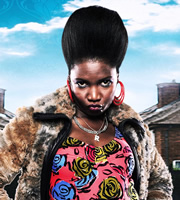 Reba is the single mother of Kylie. Ballsy and straightforward, she is a force to be reckoned with... though her son is actually far more of a princess than she is. 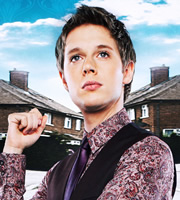 Simon Doonan, aged 24 in Series 1, is all grown up and happily living in New York as a window dresser for Barneys... 'one of the most glamorous stores in the world'.

Fashionable and confident, he loves to recall his bonkers childhood - knowing that the beautiful people were really much closer to home than he thought.

In Series 2, Simon moves back to London. 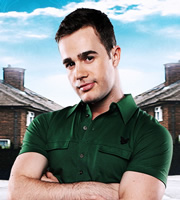