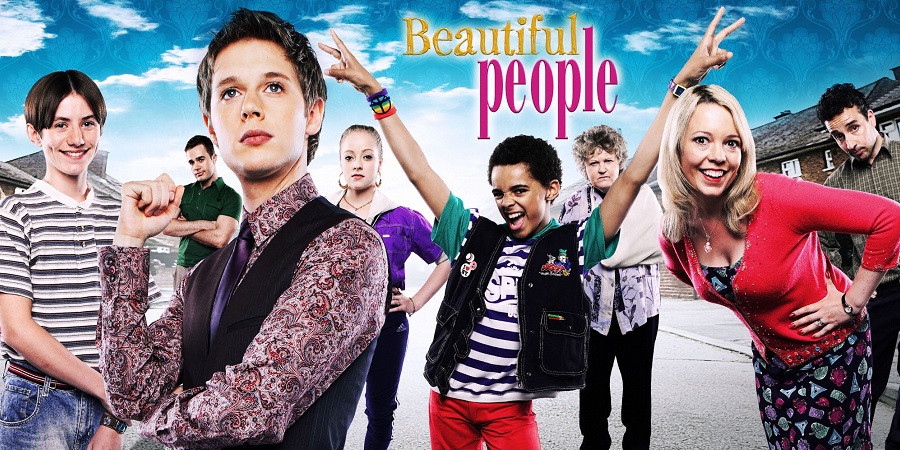 Sitcom about the young family life of window-dresser Simon Doonan, based upon the memoirs of the fashionista of the same name

Sitcom based on the childhood memoirs of window-dresser extraordinaire, style arbiter and writer Simon Doonan. The story (transplanted to the 1997 - 2009 time period) follows Simon's childhood reminiscences of escaping the grey gloom of suburban Reading to live amongst the 'Beautiful People' - before coming to the realisation that true beauty, as ever, is closer than we think.

Reading 1997: Simon Doonan has a dream - the dream that one day, he and his best friend, Kyle, aka Kylie, will leave suburban Reading and move to London to be with the Beautiful People. But first of all, they have to wade through their teenage years, brave their extraordinary families and cope with small-town Britain in the Nineties.

Fortunately, home for Simon is far from dull. For the Doonans, every day is an adventure which usually ends either in hospital or at the police station, and nearly always at the bottom of a bottle of homemade chicken and mushroom wine. On top of that, family and friends all feel the need to burst into song at the slightest opportunity.

The comedy starts in the present day in Barneys window, New York. Soon though Simon begins to reminisce and we're transported back to 1997 where a thirteen-year-old Simon and his best friend Kyle can't open a fridge door without belting out a show tune. And his family is even more eccentric.

Mum Debbie is a whirlwind of matriarchal warmth in killer heels. Dad Andy is a lovable Irish softy and avid wine maker and older sister Ashlene is a wannabe ghetto queen. Then there's family the lodgers: blind Aunty Hayley, and lobotomised grandma Narg ('gran' backwards) who lost God and found a foul mouth.

Additional music by Chloe Nicholson with The BBC Concert Orchestra.

See our episode guides for the tracks used in each episode.