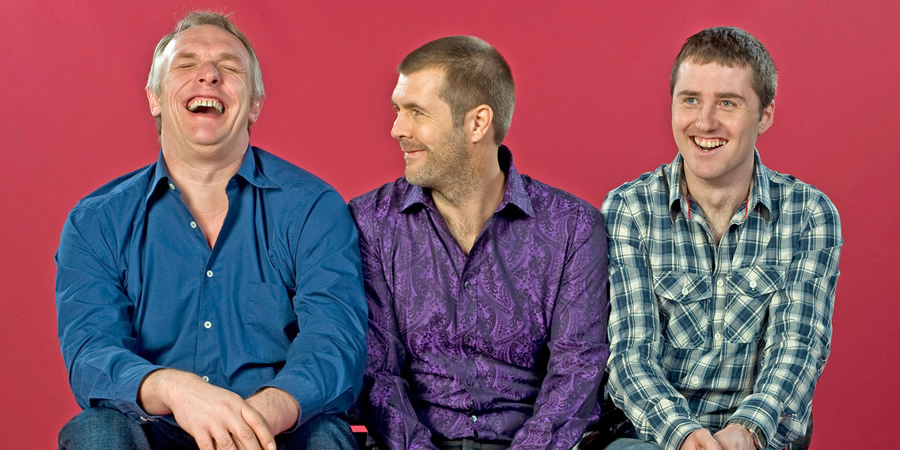 Ask Rhod Gilbert is a fresh take on the comedy panel show that sees the comedian getting to grips with a series of burning questions posed by well-known personalities and members of the public. Each episode sees the comedian and guests tackle questions ranging from the sublime, "Who would win in a race, Usain Bolt or a grizzly bear?" to the ridiculous, "Is it true that dogs cannot blow?"

Rhod, along with his two trusty side-kicks Greg Davies and Lloyd Langford, aim to provide all the answers. To help them do that they are joined in their quest by a Guest Comic, a Well-Known Showbiz Personality and a 'Authenticator' whose job is to grease the wheels en route to enlightenment.

The journey to each answer opens a mine of comical, surprising and occasionally eccentric material, often involving studio demonstrations, experiments, archive clips, internet distractions, live phone calls and visual link-ups from home and around the world.

Rhod, Greg and Lloyd are now back for a second series. Rhod explains: "In the first series we finally got to the bottom of whether fish or birds are more important to the planet, which is the most dangerous room in the house, and whether or not Dogs can blow. But of course there are still millions of equally important questions just waiting to be answered. So it's just as well that the BBC agreed to bring us back for another series. It's going to be a lot of fun."