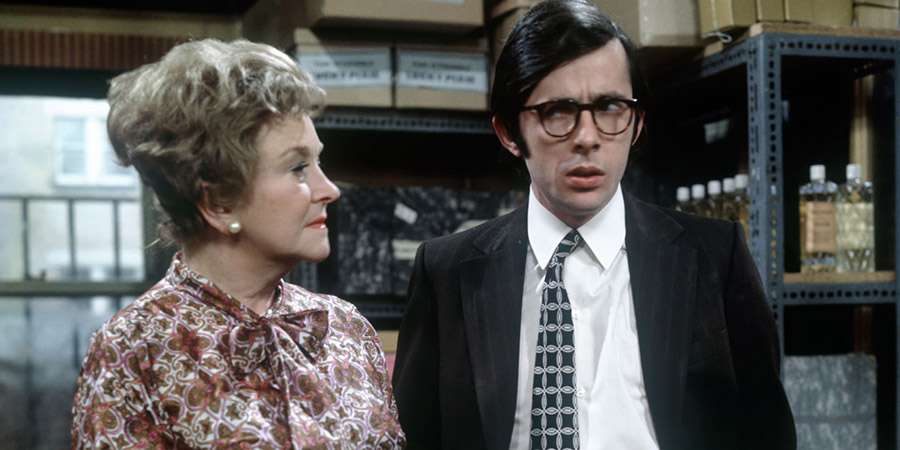 Marigold Alcock, Richard Gander and Ernest run a rather dubious group of companies from a seedy two-room office in Soho

The Alcock Group of Companies operate from a little office in Soho and can hardly be described as successful.

Mrs. Marigold Alcock inherited the company when her husband, Alfred, died. Her staff include the oldest office boy in London, Ernest, who is more of a hindrance than a help, and Richard Gander, her co-director, who originally complained about the service and was offered a senior job!

It seems the sun has well and truly set on this business empire...