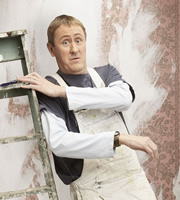 Jimmy Venables, a painter and decorator by trade, may have beaten his alcoholism, but he's still trying to make up for the mistakes he made, and more to the point, the years he lost with his children, Alex and Molly.

When not fighting with Diana, his ex-mother-in-law, Jimmy tries, and often fails, to understand his kids; Molly is a typical teenage girl, and Alex... well he's just odd!

Whenever he gets a free moment, Jimmy enjoys going down to the pub for a drink - albeit as a Coke-total - with his friend and employee, Kev. His girlfriend Siobhan works in the pub. 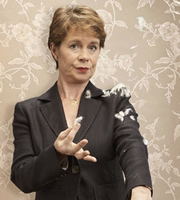 Diana is opinionated, snobbish, posh and hypocritical; her daughter Ann marrying a common tradesman was never going to impress. The schoolteacher is delighted that they have since divorced but, owing to them having had two children during their marriage, Jimmy is still very much a part of grandmother Diana's life. When Ann, a nurse, announces that she is going to Africa to help a disaster relief programme, the two are thrown together like never before.

As much as she may dislike her ex-son-in-law (and actually rather enjoy seeing him falter and fail), Diana knows that she must help Jimmy to become a better person, and ultimately a better father for the good of his children. 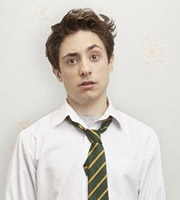 Alex is Jimmy's unconventionally brilliant teenage son. A little eccentric and overly friendly, other peoples' perceptions of him don't seem to bother Alex at all, much to Diana and Jimmy's dismay.

The impossibly and almost unwaveringly cheerful Alex is in his late teens, and undeniably full of life. Unfortunately, his moments of genius are frequently overwhelmed by him being all momentum and no direction whatsoever. 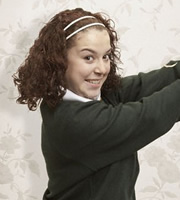 Smart-talking yet self-conscious teenager Molly not only believes that she is already an adult, but also thinks that she's the only member of the family who is.

Surrounded by her eccentric brother Alex, her controlling and snobbish grandmother Diana, and her inept but ultimately well-intentioned father Jimmy, Molly sees herself as the only beacon of sanity in a house full of people with no grasp of reality - albeit that of her own superficial teenage world. 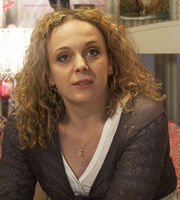 Jimmy's hairdresser (and barmaid) girlfriend Siobhan has had enough bad relationships in her past to know that Jimmy, flawed though he is, is a lot better than the rest of the guys out there. 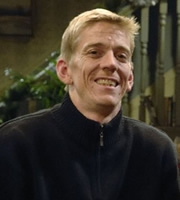 Jimmy's assistant in the decorating trade, though he prefers to think of himself as the guy who knows a guy'. If you're looking for a lorry-load of slightly used 40 watt bulbs, Kev's your man. Undeniably friendly, but not exactly the brightest bulb in the lorry! 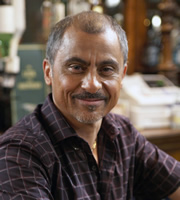 The pub landlord at Jimmy's local, Bobby sees the world through a pair of crap coloured glasses. Bobby always expects the worst and cheerfully shares his pessimism with his customers.