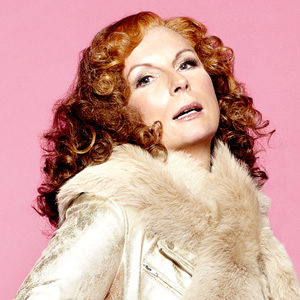 Edina Monsoon is a high profile international Public Relations guru with a string of celebrity clients attached to her firm. She is desperate to keep up with the trends and fashions she promotes and to stay young.

Eddy demonstrates her wealth through outrageous combinations of designer clothing and constant renovations to her Holland Park house. She infuriates her sensible daughter, Saffron, with her constant immature behaviour and relentless excess (often involving substance-abuse), always with her best friend Patsy by her side.

Edina, in spite of her failings as a mother, actually loves her daughter as well as her son, Serge. She has a fractious relationship with her Mother and her ex-husbands Marshall and Justin.

Edina's assistant is the dim-witted and bizarrely dressed Bubble, who seems to have been hired on aesthetic merit and for the fact that she makes Edina look efficient by comparison.

Despite often appearing lax in her approach to her work, in a few episodes she demonstrates the shrewdness, creativity and organisational abilities that made her wealthy. 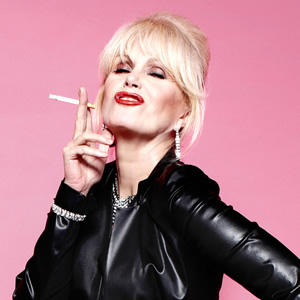 Patsy's job changes several times over the course of the show. She begins as fashion director for a trendy magazine, later becomes fashion editor for another publication, and most recently was chief stylist and buyer for the concept store "Jeremy's".

Ruthless in both words and deeds, Patsy is nonetheless as vulnerable as she is bitter, due to a difficult childhood with a mother who didn't want her. She is a relentless substance-abuser and, in some later episodes, we see this take its toll.

Eddy's mother took care of Patsy in earlier years and, although she is several years older than Edina, the two have always been best friends.

Patsy has an intense disdain for Saffron, who she sees as a rival for Edina's affection, time and attention. Eddy's estranged son Serge is also a magnet for Patsy's hatred, albeit to a lesser extent.

In the earlier series, Patsy works with a fast talking, crass Cockney editor called Magda. Her two dim-witted colleagues, Fleur and Catriona, turn up consistently as co-workers, underlings and friends. Patsy has a rather sinister sister called Jackie with whom she has a tense relationship. 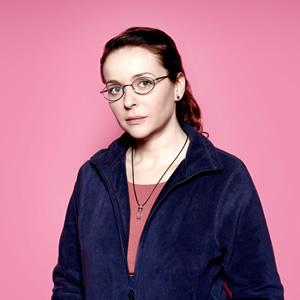 Over the course of the series we see Saffron mature from school, through to political activism and becoming an unmarried mother via university, bureaucracy and playwriting.

Saffy is forced to take on the role of parent in the Monsoon household and has to contend with the outlandish behaviour of not only her mother Eddy but also Patsy, whom she sees as a negative influence.

In spite of her disapproval, Saffron clearly loves her mother and constantly helps her and Patsy out of various difficulties.

As the show progresses, the strain of Saffron's unconventional life begins to show and she becomes increasingly infuriated by her mother and desperate to start a new life. She expresses her anguish in a play entitled 'Self Raising Flower'.

Saffron has a good relationship with her grandmother - if not strained at times due to her increasing senility - and with her father, Justin.

During the course of Series 5, Saffy gives birth to a daughter, Jane, to fellow charity volunteer John, whom she met whilst working in Uganda. Edina adores the child and attempts to spoil her, but Saffron does not take kindly to Eddy's actions.

AKA: Gran.  Played by: June Whitfield 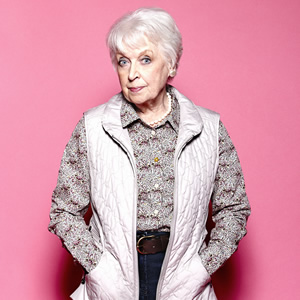 Mother (real name unknown) is Edina's mother and Saffron's grandmother. She also took care of Patsy when she was young and has a relatively positive relationship with her accordingly. Mother also gets on with both of Edina's ex-husbands fairly well. The only person she really has a tense relationship with is Eddy herself.

It is obvious that Edina was physically cared for, even over-indulged, as a child, but was shown little emotional concern and rarely disciplined. Because of this, Edina blames problems including her weight, her lack of confidence and her poor relationship with Saffron on Mother. For her own part, Mother seems rather indifferent to Edina - but vaguely disapproving. In spite of this, the two do occasionally share family time together like a relatively normal mother and daughter.

Mother is often shown to rather enjoy the spoils of her daughter's lavish lifestyle - stealing items from her house to give to charity and, as the series progresses, frequenting the house to drink Edina's expensive champagne, sometimes with her own friends.

Mother appears increasingly senile as the series progresses. However, occasional childhood flashbacks on Patsy and Eddy's parts illustrate that she was never entirely 'there', and how much more of her behaviour may be an act is debatable. 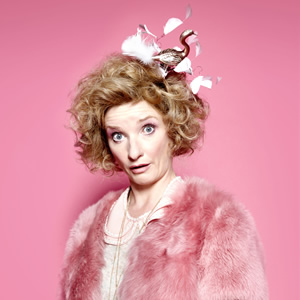 Bubble is Edina's dim-witted and weirdly dressed employee. She begins as Edina's secretary, is fired and returns as a maid.

Over time, Bubble moves up to the position of Personal Assistant. She is often treated as a member of the family and is usually present at any special occasion in the Monsoon household.

With an incredibly simplistic, child-like outlook and interpretation of the world around her, Bubble regularly and unknowingly sees through the ridiculousness of the world in which she works. Much to Patsy and Eddy's annoyance, she can be heard loudly remarking about the duo's wild behaviour and many foibles.

Bubble has a cousin called Katy Grin (also played by Jane Horrocks). She is a ruthlessly ambitious journalist, television presenter and 'personality'. A one-time business partner of Eddy's, she is also part of her and Patsy's extended social circle; although they often appear to tolerate rather than like her.