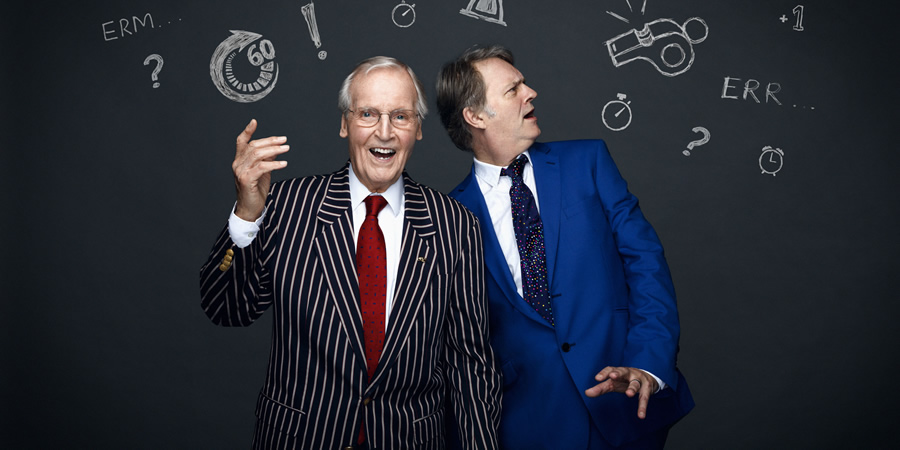 50 Years Of Just A Minute: An Audience With Nicholas Parsons

As part of the special programming celebrating 50 years of Just a Minute, Paul Merton talks to Nicholas Parsons about his life, and his 50 years of hosting Radio 4's beloved panel show, with guest appearances from some of the many regulars who have appeared over the years.

In a career which started in 1945, Nicholas Parsons has worked with an extraordinary range of people - from the golden age of British cinema in the 50s and 60s, to the seedy glamour of the Windmill Theatre where he rubbed shoulders with the cream of stand-up talent including Bruce Forsyth and Tommy Cooper.

He formed a famous double act with the legendary comic Arthur Haynes, and worked with him on both sides of the Atlantic - all before Just a Minute was even thought of.

In later years he worked with Rik Mayall and Adrian Edmondson, guest starred in Doctor Who, and will shortly be heard as the voice of God in a TV adaptation of Neil Gaiman and Terry Pratchett's Good Omens.

Not bad for a lad who started his career as an engineering apprentice on the Glasgow Docks...