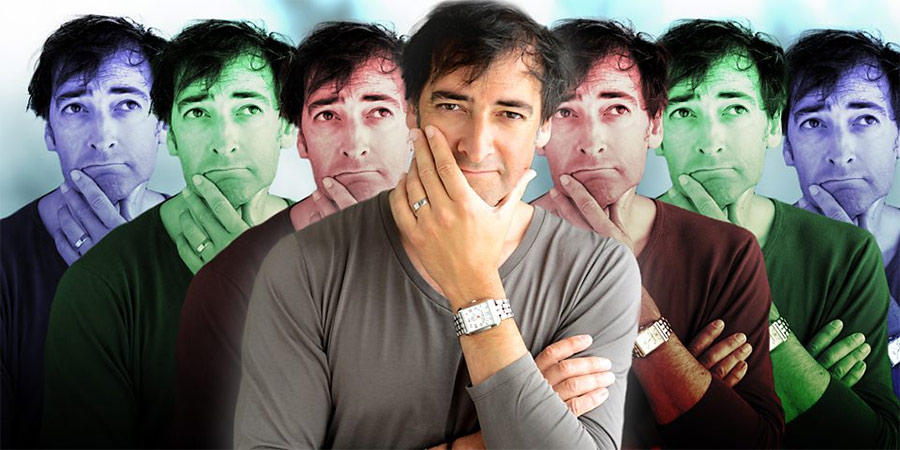 The story of Baron Munchausen, starring Alistair McGowan as him and 43 other characters

Alistair McGowan stars as Baron Munchausen and all the other 43 characters in David Spicer's comic drama about truth, lies and credibility, bringing the exploits of the legendary Lord of Lies right up to date.

Characters from history and fiction collide in a drama featuring radio's largest cast of characters but smallest acting company of the year.

The original stories, The Surprising Adventures of Baron Munchausen, were the inventions of thief, swindler and satirist, Rudolph Raspe, and inspired by the notoriously tall stories of the real Baron Munchausen, a braggart soldier who spent most of his subsequent life attempting to sue Raspe. And well he might. Raspe's stories went viral and for the next two hundred years his name has become synonymous with outrageous lying - through books, television, film and even diseases.

Munchausen's previous exploits have included riding a cannonball, being swallowed by a whale and flying to the Moon. The Lord of Lies is now 231 years old, apparently alive and well and is arrested on a red carpet at the Cannes film festival.

That's what he claims. But is he really the Baron? Or is he some kind of spy, assassin or international terrorist? Could he perhaps be lying?

In a police interview room, the strange old man begins to tell the so-called story of his life to a tired, sceptical and overwrought detective. This is surely a masterclass in lying. But what if he is telling "the honest truth"? Because in this age of social networking, where increasingly the media is becoming the message and opinion passes as fact, who knows what the truth is?

These days, Munchausen finds the world far more credulous and open to bamboozlement.