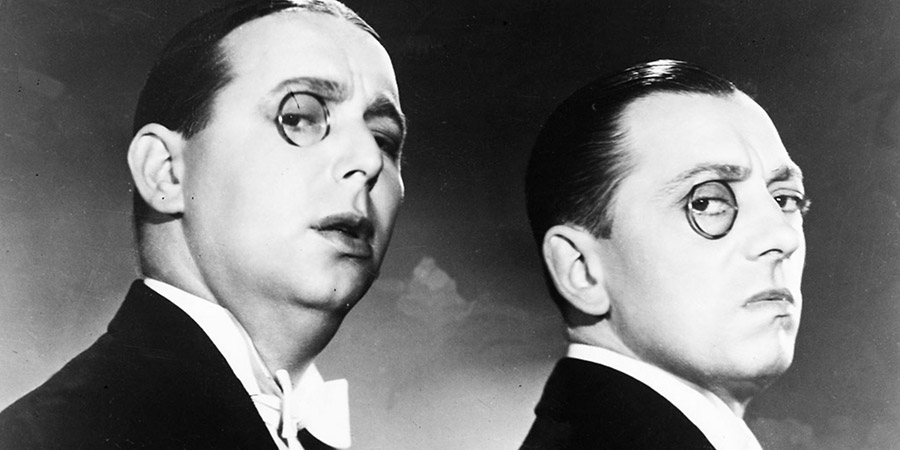 The Western Brothers became famous from the late 1920s onwards for their variety act satirising the establishment of the times. They perfected the aloof exaggerations of two derisive upper-crust society members and became an instant success in the entertainment world.

They toured the variety circuit through the 1930s and 40s with their own aeroplane and always stayed in the very best hotels.
What made their witty songs at the piano so distinct from the rest was their topicality. Many of them were list songs, in which the verses could be altered to fit the stories and personalities of the day. Fellow performers, politicians and especially the stuffiness of the BBC were their targets - then, after war broke out, they laid into the enemy with rather more finesse than most.

They became as famous for their appearance with monocles and old school ties as for their voices. Their photos frequently appeared in newspaper advertisements endorsing a variety of products. Their 'targets' mostly took the gentle barbs in good grace, but there were several occasions when their jokes attracted complaint. These included upsetting the Greek embassy, and suggesting nepotism at the heart of government, which necessitated an immediate written apology.