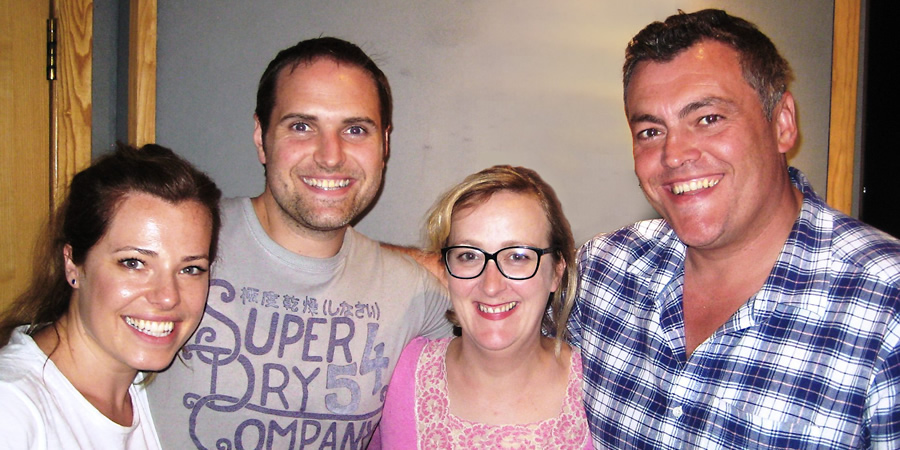 Wired News is a topical news satire in which top voice actor Lewis Macleod plays a heightened version of himself as he hosts a mock drivetime news show.

Lewis and co-host Anita Corduroy (Gabriel Quigley) pull no punches in their efforts to seek the truth (or the latest unsubstantiated gossip on Twitter, whatever comes first).

Their on-air chemistry has reduced many listeners to horrible tears, and their clenched teeth banter between stories hides a truly hateful relationship - basically the perfect radio news presenting combo!

Though the show has some topicality, it's not driven by a week to week news agenda and instead focusses on established, long running news stories such as benefit reform, immigration, the Scottish Independence debate, bankers and their ilk, Commonwealth Games preparation, pay and expenses, the latest pithy health crisis in the Daily Mail.

Wired News also satirises how news is presented and the rise of the lifestyle press release.