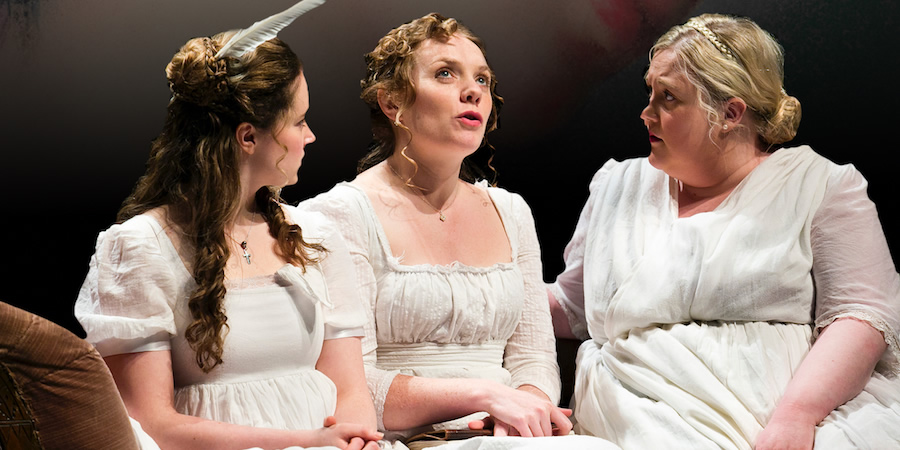 The six part comedy series is set in Edinburgh at the dawn of the Enlightenment. The boundaries of philosophical, scientific and artistic endeavour are expanding rapidly. An exciting time for all intellectuals... well, all MALE intellectuals ... Early Georgian morality dictates that such matters are not for the fragile female brain.

Women are advised to draw flowers or play cards instead of troubling their pretty heads with mathematics or literature. This show focuses on three teenage girls who form a secret society to flaunt convention and expand their minds. The Fair Intellectuals meet weekly to study. Their thirst for knowledge knows no boundaries but they know that if they are discovered they will bring shame and ruin to their families.

Marjory is an impoverished clergyman's daughter betrothed to wealthy widower Mr Boggart. Marjory loves her fiance, despite the fact that he is many decades older than her, and plagued by a catalogue of ailments from hip gout to lip cankers. Alison is an uptight mathematical genius. Her brother Robert gets the educational opportunities that Alison craves even though he is a calamitously stupid buffoon. Ishbel is a society voluptuary with gift for foreign tongues and an unquenchable appetite for a bit of rough. Her faithful manservant Kennedy constantly defends her virtue despite the mountain of evidence to the contrary.

Together the Fair Intellectuals take on the exciting world of Scotland in the early 1700s. The setting may be period, but questions about the role of women, nationalism ("will this new-fangled United Kingdom last?") and the influence of Europe still resonate today.

Edinburgh's climate of scientific and philosophical progressiveness attracted the outstanding thinkers of the era. The girls of The Fair Intellectual Club happened to meet and influence some of these great minds, and each episode shows a different encounter. From the gravitationally confused Issac Newton through the tongue tied Voltaire to inspirationally bereft Handel, The Fair Intellectuals (secretly) help with the greatest artistic masterpieces and scientific discoveries of the age.

The Fair Intellectual Club, directed by Marilyn Imrie is a warm, witty gag-packed romp showing those Edinburgh girls taking on poets, philosophers and scientists and beating them at their own game. Saltier than Scots porridge, it brings the eighteenth century to vibrant life.