Doc Brown hosts a stand-up special for Radio 1. Dong Comedy is described as a show in which 'hip hop and comedy collide'

Doc Brown is a former battle rapper who was originally heralded as much for his off-the-cuff freestyle rhymes on stage as for his self deprecating style on record. Over the last few years, his transformation to comedy has been so successful that his writing has earned a Bafta nomination and he will soon be supporting Ricky Gervais on his upcoming tour.

"So get your Danny Brown snapback on and let Doc Brown bring you some dope jokes and superphat tunes." 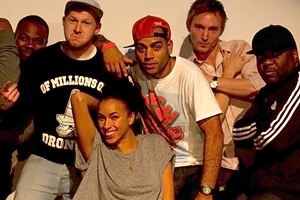