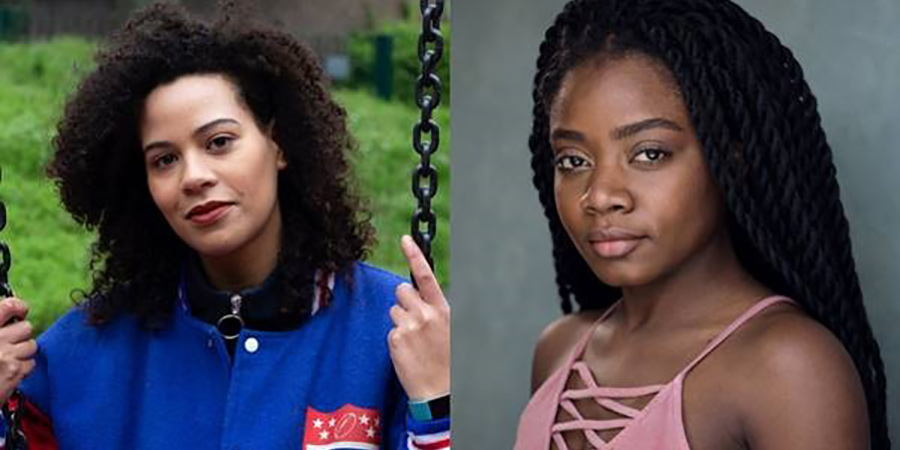 Following the success of its first intake of 'Creator Residents', BBC Studios has today announced that two of its latest intake will focus on developing their skills in comedy production.

Mary O'Connell and Danielle Vitalis will take up placements with Steve Coogan's Baby Cow Productions and BBC Studios Comedy Productions, respectively. They'll follow in the footsteps of the initiative's previous successful alumni Charlie George, Basma Khalifa and Ajay Tegala, who have built on their production skills in drama, factual and natural history.

The BBC Studios-funded project pairs emerging content-makers "with some of the best in the business from BBC Studios' production team or a BBC Studios-invested indie." Each six-month placement sees the individual gain on-the-job experience and mentoring across a specific genre as they develop their craft, with the opportunity to cultivate their own project.

Comedian and writer Mary O'Connell will take up a residency with Steve Coogan's Baby Cow Productions. O'Connell describes herself as "a North London socialite whose stage presence is dangerously aloof." Her comedy offers a left field view of life, making for "hilarious and absurd material." She was a runner up in the live 2020 Funny Women Awards Final, longlisted in the Thousand Films Female Writing Competition and was most recently seen on BBC Presents: Stand Up For Live Comedy.

Steve Coogan says: "We are so excited about Mary joining our brilliant development team. Baby Cow is all about supporting future talent and we cannot wait to work with Mary and see what we can create together".

Danielle Vitalis, is an actress and writer from East London, whose on-screen career has spanned action-adventure film to television comedy. She has appeared in Attack The Block, I May Destroy You, Youngers and Famalam, for which she has also written sketches. As part of her creator residency, Danielle will focus on developing her comic writing skills with BBC Studios Comedy Productions.

BBC Studios head of comedy Josh Cole, who will mentor her, says: "Danielle is a truly exciting talent, both as a writer and performer. We loved working with her on Famalam and are delighted to have her joining us for a Creator Residency. We look forward to bringing her ideas to screen."