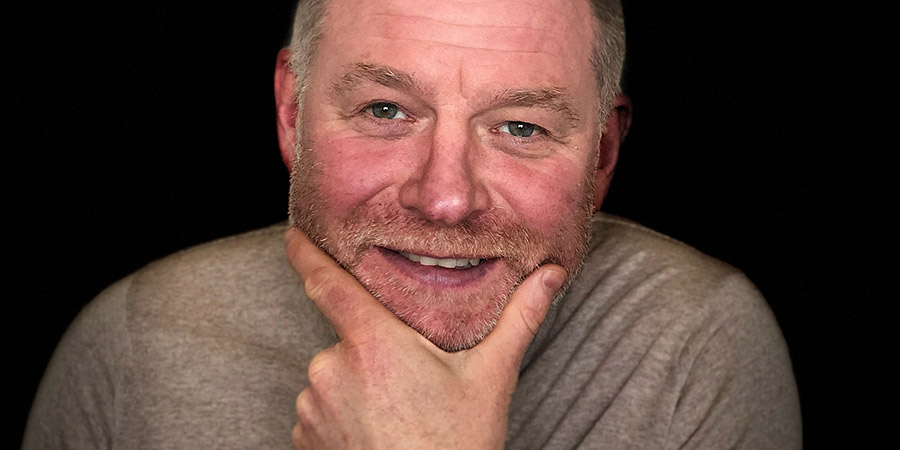 Here's our illuminating chat with Darrell Martin, founder of the Just The Tonic comedy club chain, which has a presence in Nottingham, Birmingham, Leicester, London, Reading, Watford, Edinburgh... and now Leamington Spa.

Hi Darrell. How did you first get involved in running a comedy club?

I had watched comedy from a young age. At 18, I organised a coachload of people to see Ben Elton at Hammersmith Apollo.

When I went to uni in Birmingham, I hunted out comedy nights, then - after moving to Nottingham - I couldn't find one. I had done a load of work in a nightclub called Venus and had seen people organising events so it seemed normal to me to start one. So, I taught English abroad for a year, came back with the laughable amount of £300, and started a comedy night. 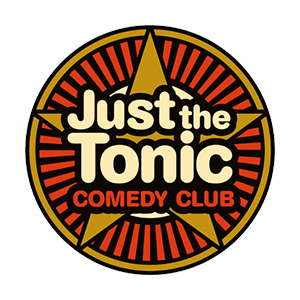 Over the last 25 years, you've turned Just The Tonic into a chain. Talk us through the early steps that were involved in becoming a country-wide operation.

I started off as a 24-year-old who wanted to do comedy, but not knowing how to do it. So I put on a Sunday night in Nottingham. It was totally underground. It was pretty amazing to be making a living from something like that. It was loads of effort, out flyering in local pubs Wednesday, Thursday, Friday and Saturday nights. Relentless. That was 1994.

I was seen early on by Rich Hall's then manager; she let me tour-support Rich and do open spots. A bit later I compered Big Value at the Edinburgh Fringe (then ran by Pete Harris). Two years later Pete had moved abroad, and I was asked to produce the show. Long story, but I ended up programming the venue.

In the meantime, Jongleurs started their massive corporate expansion, and it seemed like Just The Tonic would just be swept away. But soon it became clear that their audiences were not my audience. When they launched in Nottingham, I started Mad Dog Comedy Club in a restored Victorian Music Hall type place, in direct competition to the big boys. We did well, having very strong line-ups. Trouble is, that the venue was poorly financed. It all shut down and we went back to Sundays only. 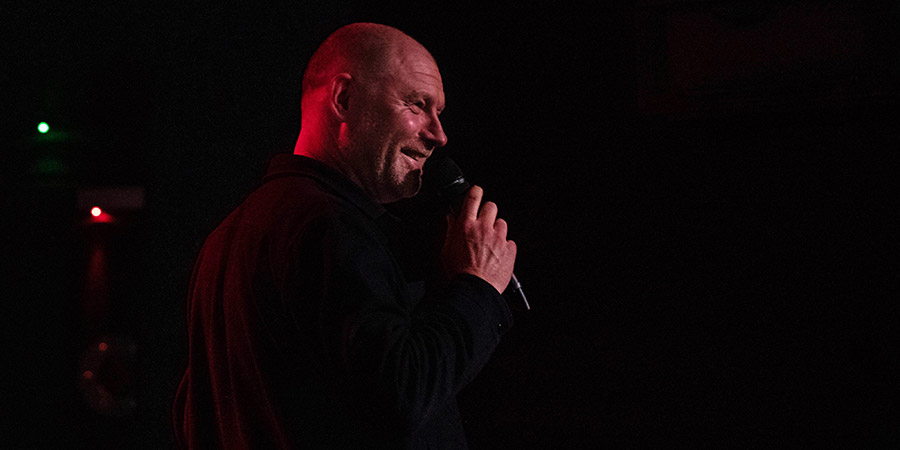 I was booking various small venues line-ups, student unions, things like that. But having Jongleurs everywhere did kill off the organic growth of the independent provincial promoters. But then the Jongleurs thing started to implode. I took over the lease on the Jongleurs Leicester venue after it shut, and that lasted 2 years. Long story of over-confidence, and wrong city. But I learnt loads about running a place.

I then put on a few special nights in the venue in Birmingham where Jongleurs had one of their last residencies. The group that owned the venue were the people that owned the Leicester venue I had run. They asked me in for a meeting and told me they were impressed with how I had performed in Leicester, but knew it was a tough city. They asked me to replace the Jongleurs nights with Just The Tonic. Quite a shock. I agreed - another long story involving them coming up with a brand called Comedy Loft. That company got sold, and I then had to completely take on the job, as the new owners didn't want to continue 3 of the 4 nights.

As all that was going on, we had expanded in Edinburgh during the Fringe. Never really planning, just being asked to run venues. I have always tried to put on good nights, and ones I would be happy to be at. It has just evolved, really.

Your latest club is in Leamington Spa. Why that town?

I'll be honest, because the owner asked me. I then looked into it and visited the venue. It is an absolutely amazing space. Art Deco and a great stage. So I went for it. 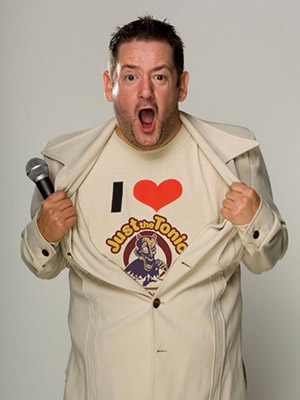 Excitingly, as he returns to live comedy, Johnny Vegas is going to be hosting a number of your shows at your various clubs this year?

That is not actually a question, it is a fact with a question mark at the end. So, yes, it is exciting, and yes, he is.

What have been your overall career highlights to date?

There has been so many that it is very hard to answer that.

There was a night when we had Sean Lock and Johnny Vegas on the same bill, and I think that is the same night that Nottingham band Little Barrie played live.

I really can't answer this question with any honesty. There have just been so many brilliant nights.

Probably a highlight was helping Wil Hodgson to win Best Newcomer years ago [2004]. He was doing Big Value Comedy Show for us in Edinburgh. He was also doing a solo show in The Holyrood Tavern.

I didn't really know him, but he came in very early in the run and was pretty broken. He had no audience at all. I said I would help to promote it if I liked the show. And, if I didn't, I would advise him, and then - if he did what I said - I would help promote the show. I saw it the next afternoon and was totally blown away by his storytelling. There was nothing to change. So, I just went out and literally dragged people in. People were loving it, and then award judges started coming in, so we had to keep making it full. This was happening every day. Anyway... he ended up getting nominated and then winning Best Newcomer. It was a real underdog moment. Absolutely brilliant to have been part of that.

And what have been the biggest challenges?

How important is the Edinburgh Festival to your business model?

Very important. We get to see loads of new people, meet everybody and have a laugh. But it is run independently from the clubs. I absolutely love the Ed Fringe, despite the stresses. 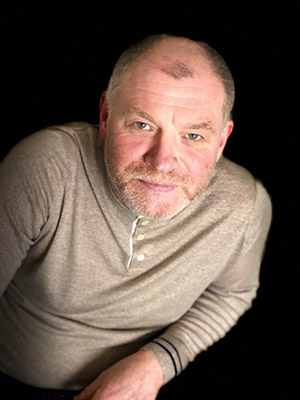 What are you looking for in the comedians that play your venues?

I like originality and difference. I am not really interested in people necessarily pleasing everyone. I would rather people were unique.

Any advice to comedians looking to play your clubs? How do they get noticed?

Learn to be yourself on stage. That might seem odd, but a lot of comedians I have seen kind of go through some phases of being similar to the people that have influenced them. But then they shed that and are confident enough be themselves - I think that is when people are really different and interesting. Some people seem to have that gift naturally, and some need to find it.

Yes, it also has not all-male line-ups. The comedy circuit has been very male dominated for a very long time. That is not my doing. I have always booked people because they are funny, whether they are male, female, white, Asian, gay or non-binary. The thing is, there is now a push for people (clubs and TV) to actively seek out and book female comedians and, as there are less of them on the circuit, they are booked up more.

The proportion of male / female acts will eventually level out. And as this is happening our bills will just get more balanced. But, as everyone is actively booking female acts as well, it is not possible to have the funny female comedians on our line ups every Saturday. At present, at lots of clubs around the country, you will find a lot of line ups that are mainly male.

In short, I have always booked women, but they are more in demand and difficult to book now and often you are left with a line-up of blokes. 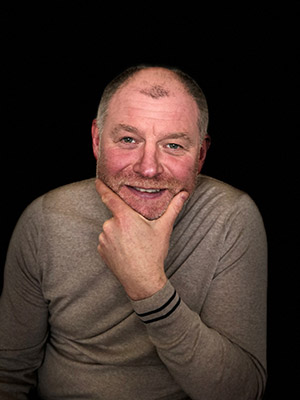 If you could fix one thing about the live comedy industry, what would it be?

Audiences not going to big arenas and making already rich comedians even richer, when they can spend a lot less, and come to a far better experience at a small venue where those big comedians started off.

What's next for Just The Tonic?

We are in the middle of establishing the Camden venue. When we took it off Jongleurs it was in a bit of a poor state, in terms of audience. It has now moved out of its previous venue in Dingwalls and is in Fest in Camden Stables. I would say it is a perfect room for comedy. We are building that up with great shows every Saturday.

Leamington Spa started last Saturday. A monthly gig in an Art Deco building. It was a great night, 500 people in. We have more cracking shows coming up the first Saturday of each month.

And, of course, we have got a series of gigs with Johnny Vegas compering. That is exciting, as, in my opinion, Johnny is the funniest comedian in the country. Most people know him from TV and the odd film. But his fame came through his unrivalled stand-up performances in the late 90s / early 2000s.

I think that any of those big arena comedians would all nod to how great Johnny is live. I did tour-support for him in 1999 and it was the funniest month of my life, mostly forgotten, but his gigs were astounding. Look out for him gigging near you.

And of course, there is Edinburgh Fringe Festival, which I am sitting here booking and you have interrupted me to answer these questions. Last year we had over 180 shows a day for 24 days. A bit daunting booking that lot.

Find out more about Just The Tonic's nights at justthetonic.com