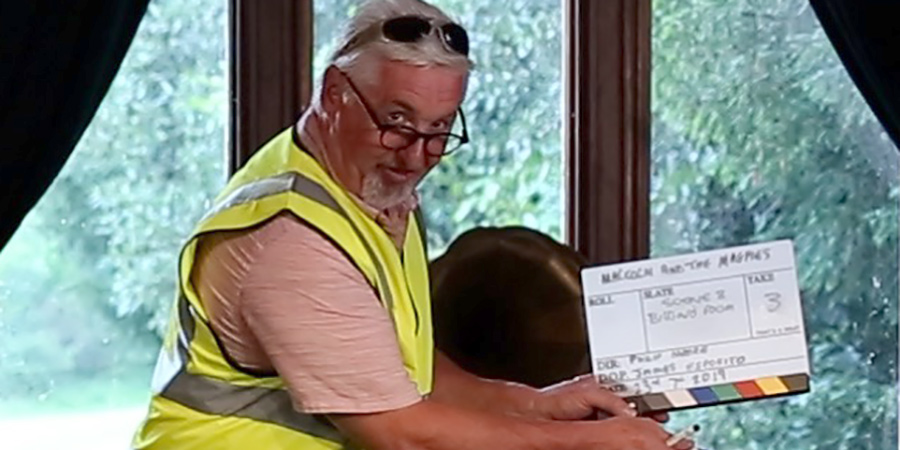 Philip L Moore on overcoming adversity to make a pilot

As he explains below, Philip L Moore has overcome several hurdles to film and release a pilot of his comedy show via his production company Di Piu' Films. He offers up tips for others who are planning on self-producing what they've written.

Tell us about your project...

Malcolm & The Magpies is a British slapstick comedy, based on a bunch of bungling but lovable criminals.

The whole project happened by accident! I had saved enough money to make a promo video for a book I had written called Gold Bars & Jaguars, which is a more serious gangster story based around true crimes, like the Brinks Mat and Hatton Garden Heist. It was doing very well, I had put it into script format and was receiving loads of interest in it. So we headed down to Devon for a two-day shoot and filmed a segment with a MK2 Jag.

Everyone had got on like a house on fire, and were pushing me to write more. That night I scribbled down a few notes and Malcolm & The Magpies was born. We filmed a few more scenes, including Malcolm being tied to the roof of the hearse, and scenes with a three wheeler. All this was spur of the moment decisions, it just so happened the guy next door to where we were filming had a three wheeler and it worked.

You've now released that pilot, for the world to watch...

Yes. We made the decision to put the film out for free during lockdown.

This meant editing was very difficult: Loads of emailing files back-n-forth. But people were down in the dumps, we wanted to cheer everyone up, and let them have a giggle, so instead of trying to make money, it became about getting noticed. As much as we want to cheer people up, this would be pointless if no-one saw it. Thankfully it has paid off and people are sharing it and talking about it!

You're hoping to make more?

Yes, I plan to make more.

It's been a very up and down journey, after the first bit of filming. We shot using Blackmagic [cameras] in 4K; we then did a day of ADR work in the studio to clean up the sound... Then we started to get interest from "people in the industry". I won't mention any names as that would be unfair, but we found ourselves with a well-known face from a famous sitcom wanting to be involved in making Malcolm & The Magpies a series. He had connections, and was getting us 35k to make a pilot and one first episode. All I had to do was get writing, which I did. I got together around eight, thirty minute episodes.

Over the next two years I worked my arse off for a friend who had a private estate. I worked for nothing, in order to use his location and toys. 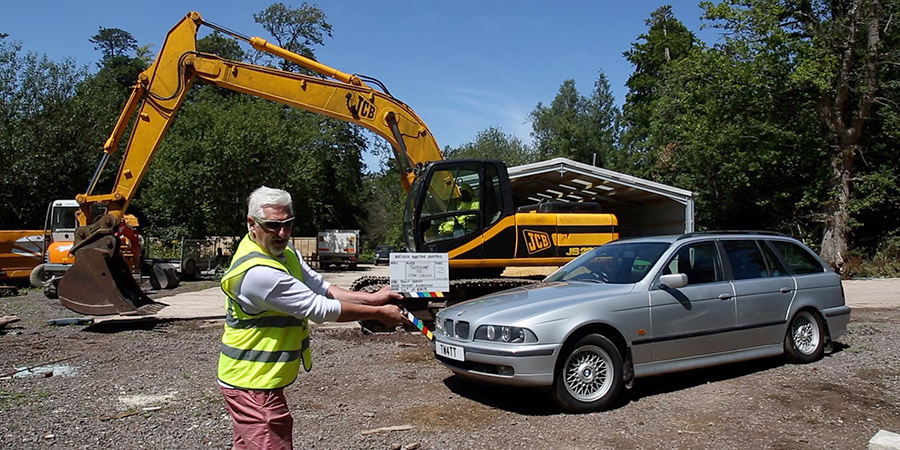 Then we started to get the cast together, and we got two small investors on board and had around £600 in donations. However, our friend in the industry was proving difficult; he was dangling a carrot of not only 35k but ongoing funding if I wrote him into it as a main character, which I did. This soon moved on to him wanting the second lead role, then first lead role! Then he wanted to be involved in directing it... I think you can see how the story is going!

I decided to knock him on the head - not literally, although I was tempted! - and go it alone. I worked hard on the estate doing jobs until I had enough credit to cover not only the toys but also accommodation for the actors and catering. Another year went by and I just bit the bullet and put in 13k of my own money and made it!

What with all the re-writes, I ended up with so much material that I think - with funding - I could make 10 forty five minute episodes and two seasons.

Where are we going with it? Well, how long is a piece of string? So many ideas, locations... it could end up having filming done in Australia and the USA, due to contacts and friendships we have made.

Hearing about budgets is always interesting...

We have said it cost 15k, but that is just money we put in, and the donations, and the two investors. However, let's be real here, I never paid myself and I never counted the work I did at the private estate in order to use all their toys. Then there is all the behind-the-scenes work, the missus spending hours planning shoots and working out locations, times and budget for each shoot.

In reality, I expect it is closer to £25k. But then, do you count all the time wasted with the industry professional? It was certainly a learning curve. 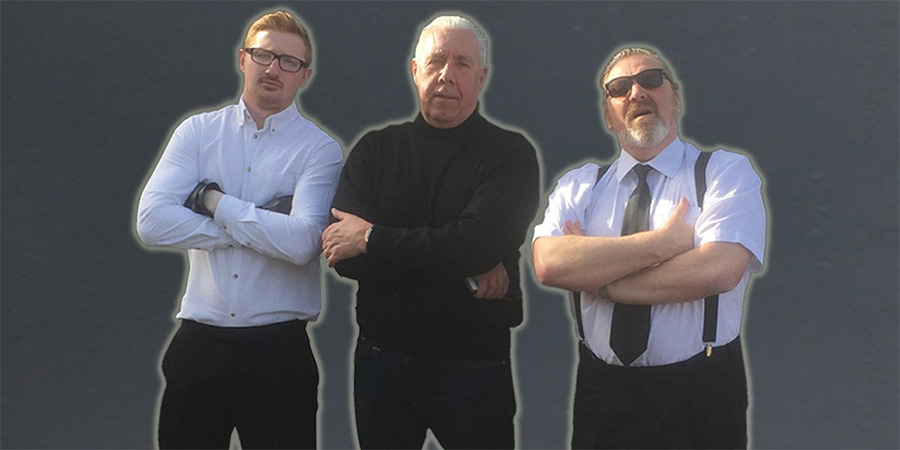 Where did you learn the skills you needed to complete this project?

If I were to answer honestly, I would say I have none, I am simply just me... however, the true answer is 'life'!

I grew up in children's homes, my mother died when I was eight and my father was in and out of prison. I went to twenty two different schools and could barely read, write or do maths by the time I left school in 1977.

I think I was always a writer, I just didn't believe in myself. Two things I said at school caused the teachers to break down in fits of laughter and mock me. It was a simple question "What do you want to do when you leave school?" My answer was be a pilot or writer. I soon learnt to keep that to myself, and left school and started working on a farm.

Then, many years later, I realised something: writing, especially humour, was in my head. I always seem to see the funny side of things.

I had learned to fly, I had written a self-published book of poetry, so I started to believe in myself. By the time I started script writing in 2008 I realised that I had this head overflowing with experiences going right back to my childhood. When you see the kid daydreaming in class, take note, as these kids are the ones with real dreams, they just don't know it. So the short answer is life taught me the skills I needed to do this. 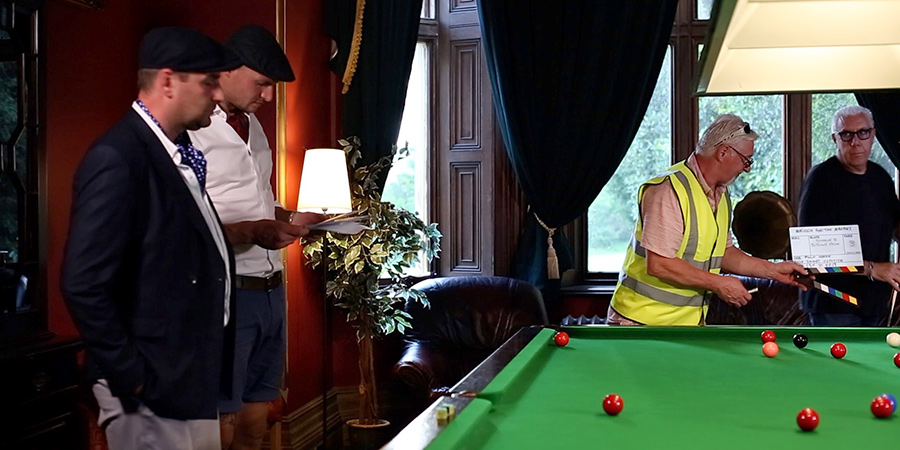 What was the biggest challenge involved in the shooting phase of the project?

Probably money; trying to do things on such a low budget and making compromises. Then I would say crew. Sadly, we had some bad crew, both sound and camera. This made even more challenges later on, the final one being the editing.

You've clearly got a positive get-up-and-go attitude to making things. Do you think that's important when it comes to starting off an independent project?

Yes, you have to be prepared to do everything, and face the fact that, if you don't do it yourself, no one will do it for you. You will get knocked back all the time, you will get frustrated, and angry, but then you wake up the next day and off you go again.

What tips would you give anyone else who is thinking of filming their own pilot project?

Face facts right from the start, the first being you need to finance it one way or another! I would say get some cash behind you, and, whilst you are saving, make some contacts.

Then realise that, once you are ready to go, you really won't have enough money! Things will also take far longer than you thought, and people will let you down.

Finally, be cautious. Do not be too free with your writing.

I was far too trusting, and going back to the topic of our "industry professional", I was asked many a time to "prove" what I can do, so I would write and write, until the next thing you know that person has stabbed you in the back and stolen your work. Yes, they change it slightly, but you have already done all the hard work.

Now, I don't want to sound bitter here, but this is not just me! Actors who write have worked for me, and I have heard some real horror stories. I can say that probably half my cast have had their work stolen or had their role taken off them by another jealous actor. It's a very cut throat industry. So protect yourself. 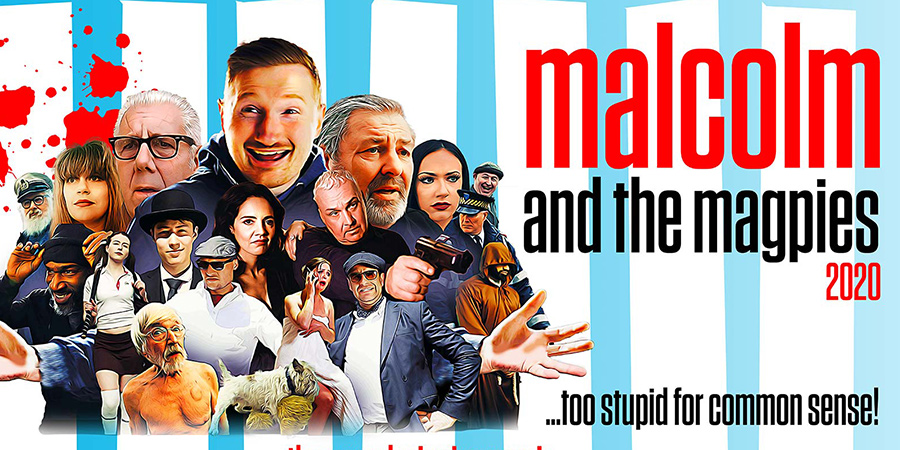 What I would advise is, if you don't have the money, but have a skill, 'barter' with people. Offer something you have or something you can do, for something you want! I can work hard, I can clean; I was in valeting for years. So if you want a car, plane or boat in your film, offer the owner a free clean in exchange for using it. If you need a tractor or farm scene, in my experience there is always work to be done on a farm. So, be brave, and don't be afraid to ask.

Believe in yourself, and stop listening to so called industry professionals and critics (remember a critic is simply someone's opinion, just like you have one).

Finally, be nice to people, and break the mould. We live in a time when you can use your new phone camera, and it will film better than that old Cannon which cost you an arm and a leg five years ago! 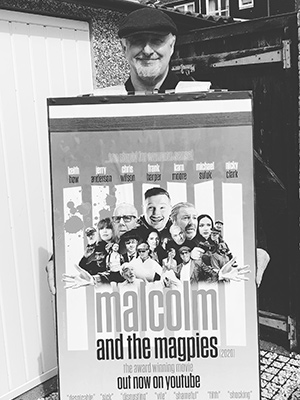 It's a good point!

An extra note to those worrying about all the latest gadgets and cameras, and what experience they need etc etc, and how on earth they will keep up with the big boys, the answer is stop trying, just follow your gut feeling and do it, you will make mistakes but you learn from them.

As I stated earlier, we were let down terribly by sound engineers and DOPs, but we slapped it together during the lockdown. We almost went backwards to achieve the look and feel we wanted, and I say 'we' because something you learn very quickly is it is a real team effort. We now have a great team to work with, which is amazing for moving forward.

You say you almost went backwards?

Yes, where we had done ADR work and quality filming in 4K we went back to using HD footage and sound from the camera, this helped get the look and feel we wanted, which enabled us to add the footage filmed in lockdown, which was filmed on an iPhone 8!

So, aside from talking to us, how are you getting Malcolm & The Magpies out there?

You will think me mad but I've had a sandwich board made up, and I walk about with it on. I've also had a big banner made up which I hang over the side of my camper!

Malcolm & The Magpies is available to view now via YouTube

Enquiries about the project can be made via dipiufilmsltd.com