Craig's Strange Love or: How I Learned to Stop Worrying That I Might Bomb

In the first in a series of blogs, Craig Beadle explains how he came to have a mindset change about performing stand-up comedy and thus signed up to a course... 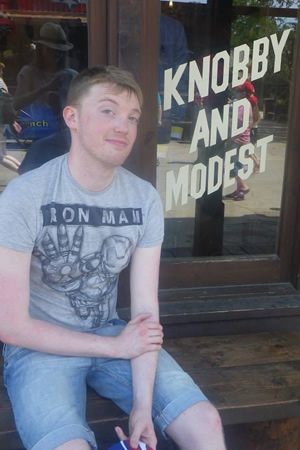 I try to be a courageous man. Having seen some of my hairstyles and questionable fashion choices over the years, I don't think that's in doubt. However, I've recently undertaken my scariest ever challenge.

I've agreed to get up and do stand-up. To people.

To many of you, dear readers, this will sound like no big deal. I'm sure some of you are regularly gigging comedians for whom 5 minutes in front of a charity crowd of friends and family members sounds a breeze. All my comedian friends tell me it's the easiest gig I'll ever play, but my other friends, my lay friends, if you will, react in the same way: "That's incredibly... brave of you" they say, sounding like they're auditioning for Yes, Minister, "I couldn't do it in a million years".

Until very recently I was one of these people. I never would have pictured myself being on stage performing. In fact, I could think of few things worse. The most people I've spoken in front of was for a presentation at university, to maybe 20 people on the various merits and drawbacks of Capitalism and Marxism. The content was possibly a sound basis for stand-up. The visible shaking very much not.

I've spent years listening to the Comedian's Comedian podcast, and so many of the acts seems to come from a performance background; appearing in school plays, studying theatre at university or, like Stuart Goldsmith himself, coming from street performance. Even those who didn't perform seemed to adore being the centre of attention, often taking the role of clown to make themselves friends. I've never enjoyed being the centre of attention - when I add jokes to conversations it's to make people laugh, not to make them notice me.

The course of my life was altered almost a year ago when I decided to go to The Big Comedy Conference. This confirmed for me everything I always knew - that deep down I wanted to be involved in the comedy industry in some way, and that, most importantly, it was possible. Even if I didn't want to perform, there was so much else I could do. All I needed was hard work and determination. 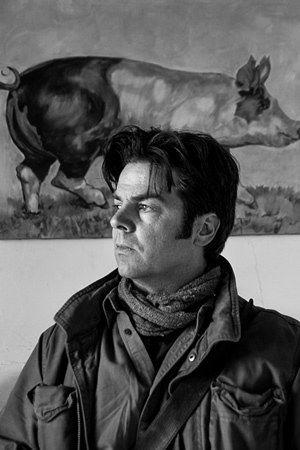 As part of starting a new job where I've met all kinds of fascinating people, I ended up and a book launch event. Logan Murray (pictured) was speaking about what it is to be a comedian. Now this is the guy who taught Greg Davies, Josh Widdicombe and Rhod Gilbert - he knows what he's talking about. So what was he talking about?

We're taught, he told the audience, that once we're grown up not to play any more, that adults may be boring, stuffy, discuss the weather and how much they earn and the most tax-efficient way to keep their savings ("you haven't used your full ISA allowance this year?!")

But he suggested an alternative. Comedy, he said, comes from play. It's really that simple. Comedians are just naturally playful people. When you're acting like an idiot, you're having fun, and most importantly you're helping other people have fun too. If they're too stuffy and boring to enjoy it, then they probably aren't worth your time.

This had a huge impact on me. Cracks started to appear in my resistance to getting on stage. Part of me, let's call it my inner idiot, thought "well if it's that easy, I could do it...".

So when my friend, a stand-up comedian himself, told me about an event where I could learn stand-up comedy with Logan Murray for 8 weeks before putting on a show for charity, I couldn't say no. Seriously, I tried and he wouldn't let me.

So I paid the entry fee myself, meaning all the money I raise goes directly to the charity Changing Faces, a fantastic organisation which helps people and families who are living with conditions, marks or scars that affect their appearance. I'm undertaking this challenge as part of their Face Your Fears campaign... all the proceeds from ticket sales on the night get donated too - so I just need to pack the venue full of people.

Except for the fact I now have to perform to an audience full of people. And it's for charity, so I can't keep it quiet and hope no one notices, I need to shout from the rooftops and raise some funds.

What the hell have I done?

For more information about Logan Murray and the workshops he runs go to www.loganmurray.com