#300 Socially Distanced - It's a momentous occasion, not only the 300th numbered RHLSTP, but the first one since March in front of an audience. We're at the prestigious Bill Murray pub in North London. Richard sits stage right for the first time (except when he interviewed himself for a kickstarter extra) and is being interrogated by John Robins behind a perspex screen. But is it to save the audience from corona or the people on stage from the unguents that will doubtless be flung by the Die Hard fans in attendance (why have they come to this? Surely they should be watching a DVD of Bruce Willis). They chat about The Problem With Men, whether there are regrets about old material, the philosophy behind stone clearing, the Stewart Lee issue, skirting the line betwixt political correctness and comedy and playing with madness as we plummet towards old age and death. It's the real Richard Herring, not the crazy character (mainly) and includes new Emergency Questions sent in by listeners: Time travel, desert island Johns and Robins, penises, Japanese porn and much more. 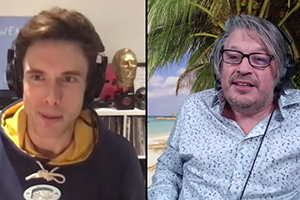 #301 Forsaken - It's the first show of Series 20 (how does this keep getting commissioned?) and Rich is giving a moving tribute to a wrongly disgraced broadcaster and glad... 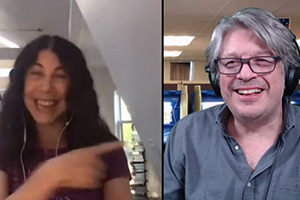 #302 Which One's Melania? - It's November 4th and the world hangs in the balance as they wait to discover if a winner will be declared right away in Taskmaster... 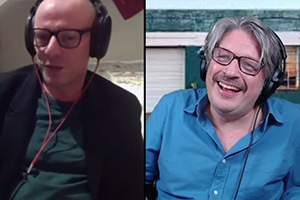 #303 Rod Stewart's Fridge. Richard is on TV so much now that it's actually not funny any more, but his son has come up with an improvement to Star Wars,... 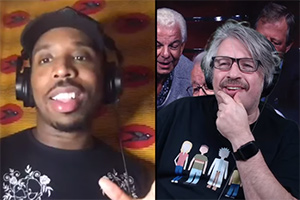 #304 Annoying the Cosmos - Richard is recording on International Men's Day Eve and he's excited about what the next day will bring. But don't worry he's got lots of... 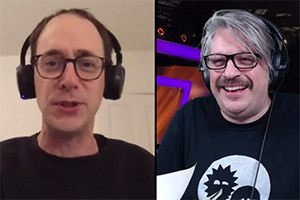