Get the kettle on, the biscuits out and settle in for a belting read.

Paddy McGuinness is a much-loved presence on British TV. His stand-up tours sell out across the country. His acting roles are legendary, from Phoenix Nights and Max And Paddy to The Keith & Paddy Picture Show.

How did it all start? Let Paddy take you back to a two-up, two-down terrace in 1970s Bolton, where his lifey began. He grew up alone with his beloved mum, neighbourhood matriarch Pat, who worked two jobs, as a barmaid and a cleaner, always keeping food on the table at home and almost always keeping her tearaway teen out of trouble.

The road from kipping in abandoned cars with his mates in Bolton to racing supercars on Top Gear has been eventful, with multiple turning points, including formative hard graft as a labourer, running a Viagra racket at a health centre, a showbiz intervention by school friend Peter Kay and eye-popping adventures in the world of teledom.

While he may have swapped cobbles in Bolton for red carpets in London, Paddy has always stayed true to his Lancashire roots, and here he tells his story for the first time, in his own unmistakable style. He lived it. He's written in. It's his lifey - fast-paced, funny and full of character, just like him. 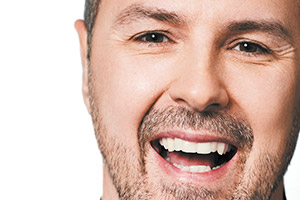 Paddy McGuinness has written his autobiography. My Lifey will be published at the end of October by Ebury.