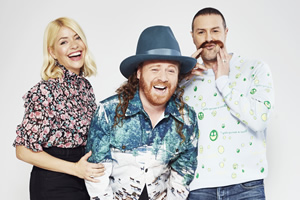 Ahead of the 21st series of Celebrity Juice, Keith Lemon talks about why they've decided to carry on without Fearne Cotton. We also hear from Holly Willoughby, and Paddy McGuinness talks about becoming the new team captain. 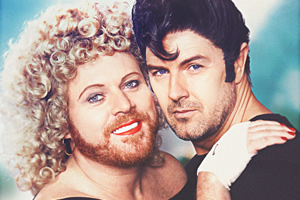 Keith Lemon and Paddy McGuinness talk about taking on Grease, Top Gun, Jurassic Park, Pretty Woman, Terminator 2 and Gremlins. They reveal they had to film topless beach scenes in minus temperatures.

The Top Gear presenter, 46, who is writing his autobiography, says pair had 'too much fun' partying so needs help filling in gaps, as he also spills turning down Corrie role.

Paddy McGuinness: soap snub put him on path to success

The 46-year-old was keen to take on a "big part" in a popular soap but his agent warned him it would be the end of his career.

Twenty years ago, an entire comic universe - full of 'real people doing real things' - was formed in an unknown comedian's Bolton bedroom. Will we ever return to the Phoenix Club asks Tom Fordy.

Comic and Top Gear presenter Paddy McGuinness has spoken about the anger he felt after a stranger questioned why he had parked in a space reserved for the disabled. The TV star, whose six-year-old twins Leo and Penelope have autism, said he was dropping his children off at a play centre when the man approached.

The Phoenix Nights funnyman says he didn't realise the camera was still rolling after his latest Shower News bulletin.

8 comedy legends who made soap cameos

Comedy legend Tommy Cannon begins a short stint in Emmerdale on Thursday 19th September. Cannon is not the first veteran performer with a comedic pedigree to guest star in a continuing drama - remember the soap visits from these funny favourites?