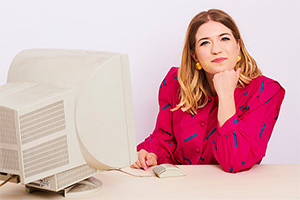 Olga Koch should now be travelling, after giving up her tech job for grad school. Still, there is a cool stand-up event on the horizon: her last show If/Then is going vinyl. We talk sinister tech, right-wing swings, Soviet equality, immigration, Tarkovsky vs Chernobyl, and live comedy vs first dates. 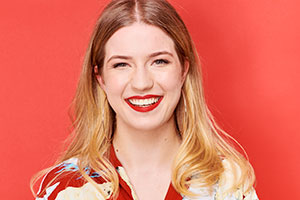 She asked for it, and we said 'er, could do?': Olga Koch belts out the first ever First Gig Worst Gig karaoke special. 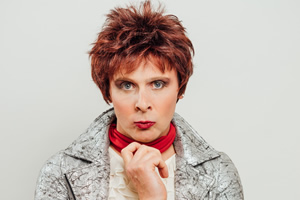 A rundown of some of the highlights British Comedy Guide saw when visiting the 2019 Glasgow Comedy Festival. 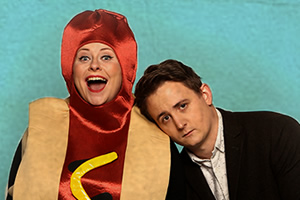 Our stand-up editor made a whistle-stop trip to the Leicester Comedy Festival, saw eight shows, and a bit of everything.

Picnic At The Castle with Phil Wang and others review

There's some good work that's in progress here... See him next time he plays a castle near you.

Outstanding stand-ups prove the new normal may not be so bad.

Opening of new club is cause for celebration, with performances from Aurie Styla, Olga Koch, Jordan Brookes and Fern Brady.

Radio 4 has commissioned a series from comedian Olga Koch about computers and the modern world.

Sets from John Kearns, Olga Koch and Ari Eldjárn will be available for pre-order on vinyl, as part of the comedy club's crowdfunding campaign

My night at a Cheese, Sex and Self-isolation Party

This streaming event hosted by Anna Mann (AKA Colin Hoult) on NextUp was a valiant experiment in performing live comedy without an audience.