Charlie Higson has appeared in the following podcast published by British Comedy Guide: 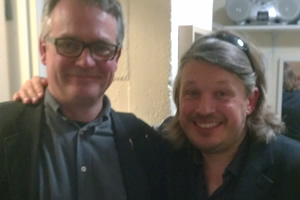 It's podcast number 4 and Rich still can't pronounce his own acronym, but he's got his old 90s rival, Charlie Higson from The Fast Show, which some people might argue...