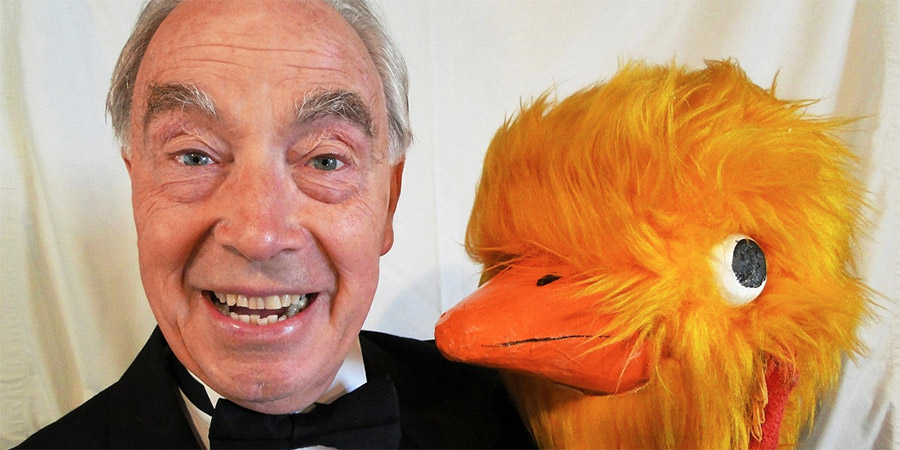 Entertainer Bernie Clifton has just completed his first summer season residency - in Scarborough - after nearly 20 years, and has just been announced as one of the stars of new ITV entertainment show Last Laugh In Vegas.

At 81 he shows no signs of slowing down and still has a zeal for comedy and making people laugh. Of course this is coupled with Bernie's newly-found singing career after an appearance on reality show The Voice, and the release of his first album.

Mid-way through his summer residency we were able to have a chat. I started off by asking Bernie what made him first want to go into comedy. 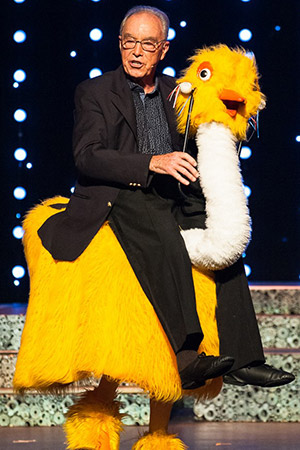 I don't know if it was desperation or fear. I started off singing with a dance band but it was never enough for me. A month after I got the job I was banned for riding the doorman's bike round the dance hall. The manger called me an imbecile. I didn't know what it meant. I just said thank you very much and left. I had this gift of a voice but it was never enough. Being a singer lacked mischief.

I grew up in St Helens just outside Liverpool and we inherited this 'anything for the craic' mentality because there was a huge Irish population plus the Scouse humour. There was Sunday morning cinema but I'd go down the front and start messing about. People would ask where I was going to be so they could come and watch.

It sounds like it wasn't just mischief, there was a bit of anarchy as well?

Yeah anarchy, definitely anarchy. I graduated through the clubs and I got my first TV show on The Good Old Days and topping the bill was Les Dawson. I was doing a bit of singing and a few gags and he took me to one side and had a real go at me. He said "You're only doing what a hundred other comedians are doing. You need to find a direction. Do what you love."

I really loved visual comedy and mucking about with props and things. The very next day in a charity shop I bought a full sized lion skin rug and used it like a ventriloquist's dummy. From then on everything I did had to be visually orientated. Years later when I saw Les he'd give me a nudge and wink and said "I didn't set you wrong there, did I". He became like a mentor. He really set me on my path. So anarchy is an important word because if it was a prop and it caused mischief and a commotion I'd go for it.

Who else was influential on you?

I loved the Marx Brothers' films. Tommy Cooper. Ken Dodd. In my teens and early 20s to watch Ken Dodd do what he did was a tremendous bonus. I saw Tommy Cooper in summer season in Blackpool and he stood there for ages and did nothing and the place was reduced to tears.

So this summer season in Scarborough is your first residency in 20 years, the last being in the mid 1990s?

Yes that summer season in Clacton was a little oasis in the desert of summer seasons. Since the mid '80s it's been one night gigs in Butlins and hotels and doing 2,000 miles a week. Residency summer seasons have almost all gone now. This Scarborough show is almost like a time warp because it's based at the Spa Theatre and is very much a family traditional review, with dancers, singers, a speciality act and me doing two or three spots throughout and then closing the show with my main act. This is a little renaissance of summer season.

Do you think the British seaside holiday and summer season will come back again?

The world has changed but it could come round again. The pendulum could swing back to people not looking at screens but instead saying "why don't we go and watch a live show, let's go and see somebody live". Never say never! 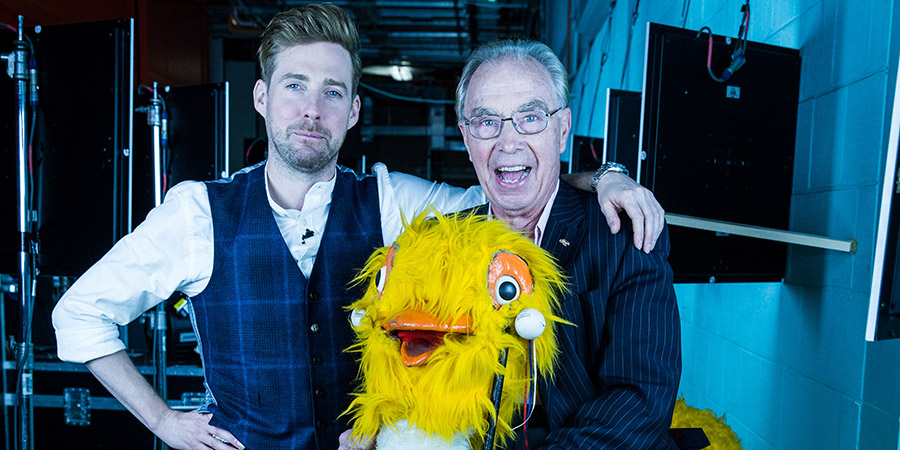 Things do come back round into fashion again. Things like talent shows, which brings me neatly to The Voice. You dark horse, none of us were expecting that.

No, no one was. I had this thwarted ambition to use this singing voice I'd never really used and I had an audition with a vocal coach called David Maxwell Anderson at the Royal College of Music in Manchester. He thought it was a gag when he saw me, he said "what's going on?" But he listened to me and he said "okay, I'll take you on". And he produced this voice that had been lying buried for most of my life. Once I'd got this voice I thought what am I going to do with it? There's nowhere to sing for work and I thought of all the reality shows The Voice is the one that gives you most respect.

I applied using my real name, Bernard Quinn, retired plumber. I didn't tell my agent or my family. I queued round the block at this hotel in Manchester with thousands of people and they were all at least 50 years younger than me. I got through the first audition, then another and another until finally they sat me down and said "tell me about yourself?" I said well although I am Bernard Quinn retired plumber I have an alter ego. The youngsters auditioning me had no idea who I was, but then it got very interesting because the older members of the team thought this could make a story.

I remember Ricky Wilson's face when he saw it was you.

He was in bits that he hadn't turned. He said "you defined my childhood". His dad was a BBC producer, Geoff Wilson, and when he was 6 his dad was producing a show in Blackpool for TV, and Ricky, his mum and his brother were sat on the front row. I came out and thrust the ostrich's head into his face and Ricky was terrified.

And now you have an album out.

I thought "right, let's go for it" so I released The Voice of Bernie Clifton and it's a compilation of all the songs I sing in my act. The Voice just altered people's opinions. They didn't know I could sing. So now I make sure my voice features heavily in everything I do. Before the label of the ostrich - and I don't regret it or resent it - but it was overwhelming, but now I've been given the exposure as a singer I'm determined not to let it go and I have to say it's pretty well received.

Obviously the ostrich is still part of your live shows. I've never known, is it a girl or a boy?

The ostrich is a boy - his name is Oswald! Although it would be errant of me to describe him as a boy when he's turned 40. As I was saying to the Queen last year - I love using that expression - the ostrich is still performing, just much, much slower. But yes the ostrich is in the show. For the summer season there were lots more props as well, it's very visual. There was also singing from the cast and me. 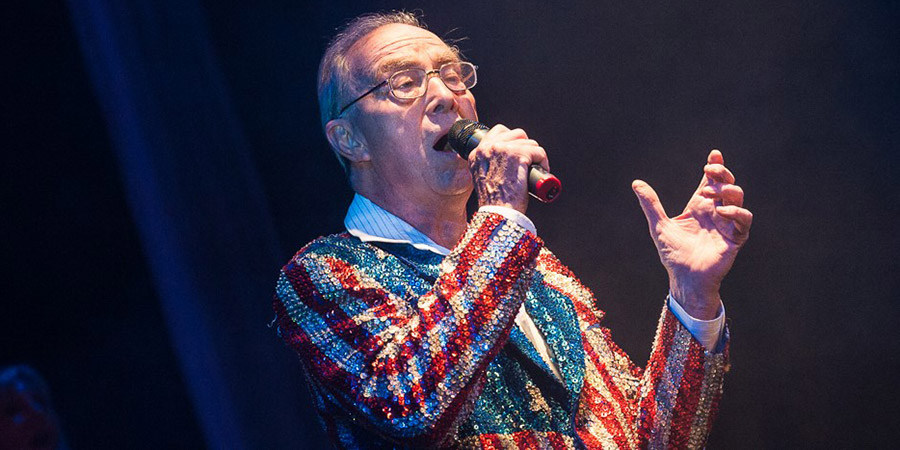 What makes you laugh now?

I do admire the new generation of comedians that just pick a subject and it's like a stream of consciousness with no props or music or anything. They just explore a subject and develop and expand on it I just think it's brilliant. I admire their courage. My particular favourite is Ross Noble. He goes from nowhere and it's not just amusing, it's hysterically funny. My roots are in variety and I believe if something is funny it's funny. My type of seaside postcard humour has an honest vulgarity about it but it doesn't go into the areas that a lot of contemporary comedy goes into now because they have no barriers.

What keeps you wanting to perform?

I'm very lucky in this business because when the bell goes you have to step up to the plate and perform. I'm just a lucky boy. I think we're all lucky in this business because we have a deadline. The clock ticks and you have to deliver so having that threat makes you do it. You have no choice. And I love it. I still love it. I love the fact that even though the ostrich is still slower I wouldn't miss a minute of it.

You don't seem like a man who wants to retire.

No. As Cilla Black said, "You keep going until the twig breaks". There'll come a point when I may think 'enough', but I can't see it. I'm still having singing lessons. I'm still fit. I still look after myself and hopefully I'll stay lucky. As my old dad used to say, "keep on keeping on".

Bernie Clifton appeared three times a week at Scarborough Spa this Summer. Last Laugh In Vegas will be shown on ITV in 2018.