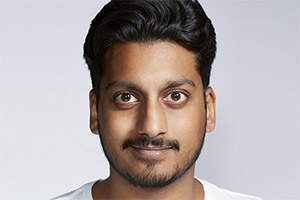 He's playing an ideas festival next weekend, so what does Ahir Shah reckon about the comedy/philosophy conundrum? And Reading? 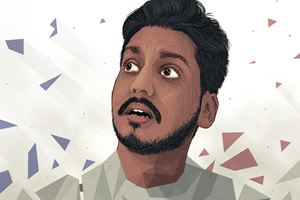 Should comedians joke about Covid?

Some stand-ups see it as their job to provide collective catharsis for the coronavirus, while others see pandemic gags as off-limits - even ones about Trump.

The future of jokes

With the threat of social media outrage seemingly ever-present, what we will laugh at in the future and where we will do it?

With her gregarious, in-control nature, it was probably only a matter of time before Suzi Ruffell landed a presenting slot of her own.

The Edinburgh show was a tight hour but this touring set, at 100 minutes including an interval, feels overstretched, while some weak crowd work adds little to the evening. But he has a lovely turn of phrase and his version of existential angst is worth listening to.

HBO Max, which launches in May 2020, is to stream stand-up specials from UK-based comedians Rose Matafeo and Ahir Shah.

Ahir Shah on his early start to stand-up comedy and his latest touring show Dots.