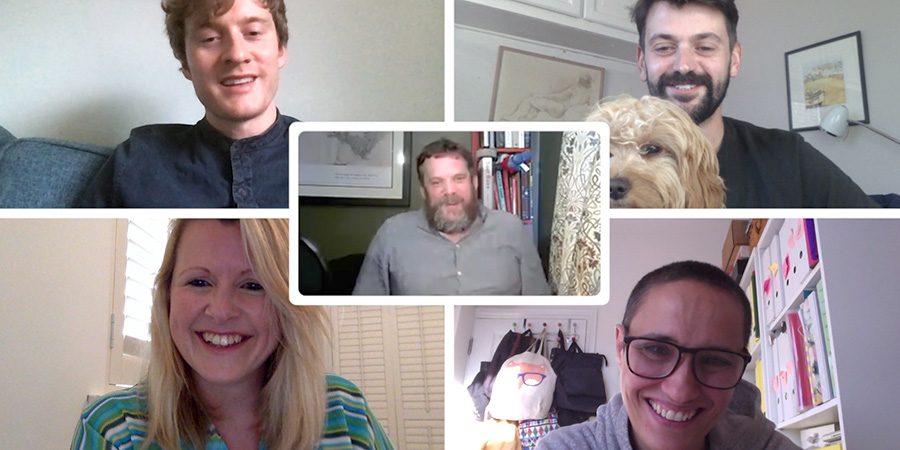 Finding themselves out of work and struggling to stay sane, stand-up comedian Mark Olver and TV producer Simon Gummer, have created their very own comedy panel show.

Recorded over Zoom and broadcast on YouTube, each episode sees four famous faces dial in to test their knowledge of how each other thinks, and to make each other laugh.

The game is simple - each round, one of the players asks a question which the other three must answer. They text their answers to Mark who then reads each one out. The questioner's aim is to try and work out whose answer is whose.